Uninterruptible Power Supplies (UPSs) are designed to provide power protection in the event of a utility power disruption or failure. But some applications are so sensitive to downtime that they require redundancy in the UPSs and associated components. In this post, we’ll look at two of the five basic UPS configuration options that offer the greatest protection. 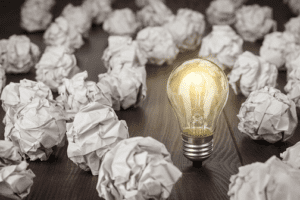 The five UPS design configurations, listed in order of increasing levels of redundancy, are:

While the capacity or N configuration is by far the most common, it won’t pass muster for large data centers or financial organizations that simply can’t afford downtime. For them, it’s typically either distributed redundant or system plus system. 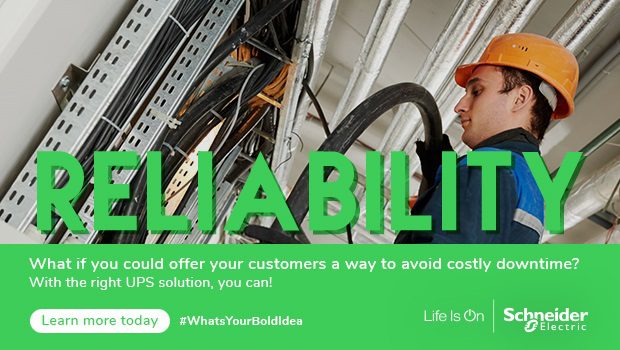 Distributed redundant designs were developed in the late 1990s to provide the capabilities of complete redundancy at a lower cost as compared to simply buying numerous UPSs.

The design uses three or more UPS modules with independent input and output feeders. The output buses connect to the downstream critical load via multiple PDUs and, in some cases, static transfer switches (STSs). An STS has two inputs and one output. It typically accepts power from two different UPSs and provides the load with conditioned power from one of them. Should the primary UPS fail, the STS will transfer the load to the secondary UPS in about 4 to 8 milliseconds, thus providing power protection at all times.

Many options exist for configuring a distributed redundant design, but they all should allow for concurrent maintenance and minimize single points of failure. Configurations can also get complex, so care must be taken to ensure the systems are evenly loaded.

The system plus system model is the most reliable design in the industry, designed to ensure that loads never run on “raw” utility power. It goes by various other names including: isolated parallel, multiple parallel bus, double-ended, 2(N+1), 2N+2, [(N+1) + (N+1)], and 2N.

As with the distributed redundant model, many options exist for how to configure a system plus system model, with varying degrees of complexity. The basic idea is that each piece of electrical equipment can fail or be turned off without requiring any critical load to be transferred to utility power. This often involves use of bypass circuits that allow sections of the system to be shut down and bypassed to an alternate power source, to maintain UPS power to all loads at all times. In short, the design calls for two power paths to all critical loads and complete redundancy from the service entrance all the way to the critical loads.

Not surprisingly, the system plus system design is the highest cost design of the five due to the number of redundant components and its relative energy inefficiency. But, its cost can be justified depending on the importance of the loads it protects. Indeed, many of the world’s largest organizations use it to protect their critical loads.

For more detail on these designs, and to learn about the other three UPS configurations, download the free white paper, “Comparing UPS System Design Configurations.” To learn more about strategies to ensure uptime for your business, check out our industrial business continuity resource site.

To learn even more about the various UPS design configurations, access this complimentary eGuide, “UPS Basics for Electrical Contractors & Specifiers: How to Choose, Configure and Cost-Justify.” It overviews the various features and functions that UPSs now provide and includes approaches to help  justify UPS investments.

To Ensure UPS Reliability, Focus on System Design, Not MTBF