IoT is not yet being used to its full potential

Despite the exponential growth in devices – a predicted 30.9 billion by 2025 — the internet of things (IoT) is still in its infancy. IoT concepts and applications have evolved significantly since the term was coined more than two decades ago, but companies are still missing out on vast opportunities to improve business resiliency, sustainability, and value.

For example, IoT has the potential to add an estimated $14 trillion of economic value to the global economy by 2030. However, this is not achievable without technology improvements, such as better integrating information technology (IT) and operational technology (OT), leveraging data for more insight, improving sustainability, addressing infrastructure problems, and prioritizing cyber security.

Covid has sped up companies’ IoT adoption. For example, a reported 48 percent of utilities accelerated IoT deployment in direct response to challenges created by the pandemic. IoT has proven to be so beneficial that leveraging this technology has now becoming the default way to work.

That’s because IoT can be used to address some of companies’ greatest pain points, such as remote asset monitoring and decreasing their carbon footprint. Using smart, connected digital IoT technology and devices, companies unlock a new source of data on their equipment’s performance. The data can be analyzed to determine how to best optimize performance, prevent problems, maximize equipment’s lifespan, and create more resilient and energy-efficient operations. 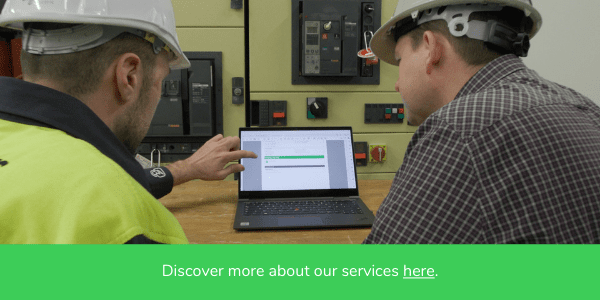 IoT increases resiliency by keeping power, equipment, and processes running through improved maintenance practices. For instance, humidity or temperature sensors in equipment like transformers and switchgear gather intelligence that is used to identify and predict potential problems.

This knowledge reduces maintenance costs by enabling companies to anticipate equipment failure and identify an optimal repair timeline — rather than by following a pre-set schedule or waiting for asset failure. The forewarning prevents downtime, extends equipment’s lifespan, and builds in time for companies to identify ways to replace, refurbish and reintegrate it into the circular economy as part of a greener approach.

IoT pinpoints exactly where energy is being used, what the consumption pattern is, and which areas consume the most. Dashboards and reports compare energy use and performance, which allows teams to set baselines, accurately track the progress of efficiency initiatives, and validate savings. The analysis also directs decisions about how best to optimize sites to maximize efficiency and avoid unnecessary energy consumption.

It also has an essential role in predicting and managing energy supply and demand as we move into a world of decentralized energy. In the past, power was produced, transmitted, and delivered to the end user in a linear way. Now, however, renewable technology and other low carbon, decentralized means of energy production have led to a new energy mix and non-linear networks. The has led to a new breed of prosumers who are empowered to actively choose their role in decarbonization.

In my opinion, the most game-changing aspect of IoT is that it creates the ability to anticipate the future. Rather than a reactive approach, IoT helps companies predict the future and make informed, data-based decisions.

For example, many industries rely on uninterrupted power to keep critical infrastructure running and avoid disruptive unplanned outages and shutdowns. The cost impact of malfunctioning power equipment on data center network downtime alone is a staggering estimated $5,600 per minute, according to research from Gartner. Improving maintenance with IoT reduces downtime risks.

Hazards like electrical fires are even more devastating than financial losses because they can threaten lives and the environment. Using predictive models built on data from network-wide IoT sensors, companies can identify risks, such as a dangerous electrical arc or degradation that could cause an explosion, and better protect employees and assets.

To mitigate these significant risks, IoT data services must be deployed across energy management and industrial automation activities. Schneider Electric is a leader in data-enabled services that deliver safety, reliability, efficiency and sustainability. IoT and predictive models are at the core of our value proposition as we guide our customers toward a low-carbon future.

Read our Guide To Transforming Electrical Distribution with Data to learn how a data-driven approach to maintenance is improving electrical systems’ efficiency and reliability.

You can also discover more about our services at https://www.se.com/ww/en/work/services/

Outcome-based services vs. traditional services: Why the model is changing

The Power of IoT and How It Is Changing Services Forever

How a fleet management services provider can enable your business