The National Oceanic and Atmospheric Administration (NOAA) said 2018 is shaping up to be “near or above normal” in terms of storm activity; it warned there’s a 75% chance that 2018 will see close to or more than the average number of storms in the Atlantic basin.

As CNN reports: “Ten to 16 named storms — including five to nine hurricanes, and one to four major hurricanes with Category 3 strength or higher — are predicted this Atlantic hurricane season, which begins June 1, the federal agency predicted.”

Similarly, in the Asia Pacific region it’s looking like the window on typhoon season is widening, with an earlier start this year and more activity expected. 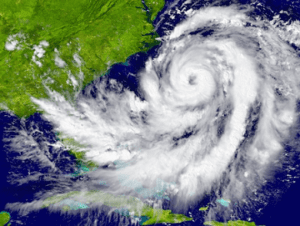 Facility managers for commercial and industrial buildings in hurricane or typhoon-prone areas – or any coastal area for that matter – would do well to take notice. As last year’s hurricane season made abundantly clear, the damage these coastal storms are doing is more than we’ve typically seen in the past, even from storms that aren’t necessarily category 4 or 5.

It seems pretty clear that the reason is global climate change and the rise in sea levels. There’s also another, lesser-known phenomenon at play: sinking land. In some coastal areas, land is actually sinking due to “subsiding coastal lands, oil and water extraction activities, melting ice, or tectonic movement,” according to the U.S. Environmental Protection Agency (EPA).

Couple that with rising seas and you’ve got real issues. Not coincidently, areas that are seeing the most rapid sea level rise are the same ones where the land is sinking, including parts of the U.S. Gulf Coast. As EPA reports:

“For example, coastal Louisiana has seen its relative sea level rise by eight inches or more in the last 50 years, which is about twice the global rate. Subsiding land in the Chesapeake Bay area worsens the effects of relative sea level rise, increasing the risk of flooding in cities, inhabited islands, and tidal wetlands.”

A recent Guardian article has a dire prediction for global coastal cities based on United Nation’s data on projected global temperature increases. The article notes that, “scientists at the non-profit organisation Climate Central estimate that 275 million people worldwide live in areas that will eventually be flooded at 3°C of global warming,” which is projected by 2100.

It appears Asian cities will experience the worst impact. Densely populated cities like Shanghai, Hong Kong and Osaka would see millions of people devastated by coastal flooding. Looking across the globe, coastal cities like Rio De Janeiro, Miami and even the Hague would be drastically impacted by projected sea level rises.

In the U.S., according to a report by the Union of Concerned Scientists some 90 communities are already considered “inundated,” chiefly in Louisiana and Maryland – areas facing both rising seas and sinking land. But, as CNN reports:

“By the end of the century, the list says, more than 50 cities with populations of more than 100,000 could be affected. Cities like Boston; Fort Lauderdale, Florida; and four of the five boroughs of New York will be considered inundated. Although the West Coast seems to be spared the brunt of inundation over the next few decades, even places like San Francisco and Los Angeles will be on the list by 2100.”

These sorts of predictions have city planners and managers of major public facilities taking notice. Boston, for example, several years ago launched an initiative to protect Logan Airport, largely in response to the damage Hurricane Sandy caused in New York and New Jersey in 2012.

The plan also involves “dry floodproofing,” which means designing a building to make it “substantially impermeable” to floodwaters. That means no more than 4 inches of water depth during a 24-hour period. Other buildings will be designed for “wet floodproofing,” which involves modifications for “minimizing the potential for flood damage to critical infrastructure and equipment.”

Commercial and industrial building owners would do well to pay attention to these sorts of designs, in order to keep water out as tides rise.

But these are clearly long-term fixes. In the short term, with hurricanes forming in coming weeks and months, there are other steps facility managers can take to help ensure their buildings withstand whatever weather comes their way.

Even if this hurricane and typhoon season turns out to be not as severe as prognosticators expect, it’s clear that lasting climate change is upon us. Facility managers across the world are on the front lines in terms of preparing for the worst and literally weathering the storm. For more information on steps you can take, visit the Schneider Electric Industrial Business Continuity web site, which is packed with info on how to keep the power on.