Electrical Equipment: “A Means to an End”

This may be some facility managers’ view of electrical equipment, which is usually out of sight and out of mind. An online definition of the means to an end idiom is, “a thing that is not valued or important in itself but is useful in achieving an aim.” The end, of course, is keeping the business going. However, when budgets and production schedules are tight, management may resist investing in electrical equipment maintenance or upgrades. As a result, there is increased risk of costlier unplanned downtime.

The 2016 edition of NFPA 70B defines Electrical Preventive Maintenance (EPM) as “A managed program of inspecting, testing, analyzing, and servicing electrical systems and equipment with the purpose of maintaining safe operations and production by reducing or eliminating system interruptions and equipment breakdowns.” Note the use of the word ‘systems’ in the definition. A reliable electrical power system depends on the proper operation of the equipment and components that make up the system.

In general terms, reliability is a property of an electrical power system that describes the likelihood that the system will successfully operate or perform as designed, constructed, and intended. It is determined from the combination of statistical dysfunctional or inoperative rates of individual components and the conﬁguration of the power system to which they are applied. More exactly, the “notion of reliability” is more of a mathematical probability than an actual physical condition.

Without getting too deep into the mathematics and calculations, electrical reliability is measured by its trouble-free time. For example, if a piece of equipment is designed and intended to continuously operate “X” years and it does, it is 100% reliable to “X” years. After that point in time, if there is an occasional breakdown, the reliability beyond the stated time is less than 100%.

Facility managers may be unaware of the current reliability state of their electrical power system unless maintenance and test inventory data on all equipment is complete and readily available throughout the equipment’s service life. This information may also be used over time for trending purposes as well as to identify deteriorating or aging equipment.

If documentation is unavailable or outdated, management may consider having a power system assessment performed by a professional engineer. This assessment determines the present state of electrical system, its associated equipment, its functionality, and its reliability relative to the present needs of a facility’s functions and operations. For example, if a facility cannot allow extended downtime to replace deteriorating or aging switchgear, a recommendation may be to modernize with current technology circuit breakers. 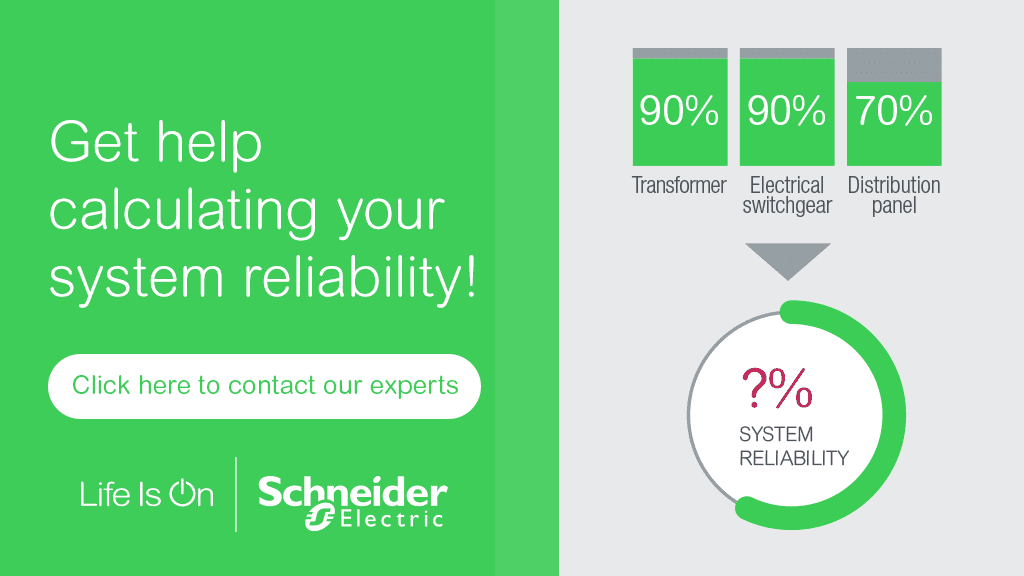 The Internet of Things: Simplifying the Reliability Equation