As a regular media commentator, it’s easy to tell when a breaking story has caught the attention of the public. When National Grid, the UK power system operator, announced expected winter spare capacity margins, I rolled through ten TV and radio interviews in a day. With forecast spare peak supply as low as 4.1%, everyone wanted to know if the lights would go out…

The short answer? Unlikely. However, the fact the question is being asked speaks to the rapidly changing energy landscape, and may not be a bad thing. 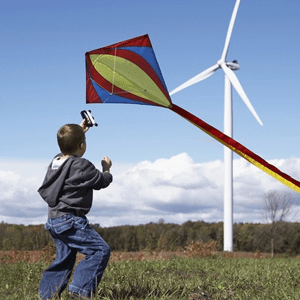 How did it come to this? For decades the UK has been ‘sweating the assets’. Ageing – and cheap –thermal power stations provided plentiful, ‘always on’ power with comfortable capacity margins over peak demand. There has been a one way relationship between grid and suppliers as the ‘providers’, and homes and businesses as consumers. As the industry privatised, profitable provision of cheap energy from maturing assets was more palatable than investment and renewal.

It couldn’t last. Indigenous North Sea oil and gas production fell faster than expected. The infrastructure creaked and, with the onset of climate change concerns, began to look out of step with the growing mood for cleaning up energy supply. Just as the need for investment became clear (in 2009 regulator OFGEM estimated as much as £200 billion this decade), the outgoing government finance minister left a note for his successor telling him there was no money left.

One of the challenges facing grids is how to connect intermittent renewable power while maintaining security of supply – and affordability. Some stats:

– 7% of the world’s population lives in Europe
– Europe’s €500 billion renewable power investment in the decade to 2013 accounted for half of total global spending
– Renewables provide almost 15% of Europe’s energy, according to a report last month by Cap Gemini

As renewable power grows in the mix it becomes more challenging to manage grids – and squeezes traditional (and flexible) forms of generation like gas. Nuclear and wind win the ‘merit order’ due to low marginal costs, squeezing gas from either side. Wind though has an assumed winter availability of 23%, compared to 80-90% for fossil fuels.

Germany is well ahead of most as an ‘early adopter’ of renewable power and offers a window to the future. German spot power price volatility is very high, and although the low marginal costs of wind and solar are depressing wholesale forward markets (equally depressing for traditional utilities), the cost of green subsidies is making German electricity nearly the most expensive in Europe. Millions of German homes are now mini power stations. Britain and others are increasingly wrestling with these challenges and weighing the opportunities.

Anyway, back to keeping the UK lights on. Unplanned nuclear plant maintenance combined with fires at a couple of coal stations have led to the winter ‘buffer’ crumbling. Part of the response has seen system operator National Grid contracting with dormant plants to provide backup (Supplemental Balancing Reserve), and also with hundreds of factories to reduce demand on, ahem, demand (the Demand Side Balancing Reserve). Grid charges are moving from capacity to winter peak consumption – tariffs are sending increasingly efficient pricing signals to encourage demand response to negate the need for expensive ‘fall back’ power stations. Automation and technology will accelerate the potential.

So the traditional model of plentiful top-down centralised supply capacity is fading into history. The knee-jerk reaction is to see this as a failure – but do we want to go back?

Necessity is the mother of invention. There are clear challenges and fundamental shifts – but also opportunities to be smarter. The transition from brown to green energy overlooks the “fifth fuel” – energy efficiency. Two-thirds of energy is lost in generation and transmission of electricity. Reducing demand has a greater impact than new sources of capacity – this is sometimes referred to as the ‘negawatt’.

The future of energy supply is inextricably linked with demand – in terms of both temporary and permanent removal of demand. For context, according to the EU the Hinkley Point C nuclear plant project cost will be £34 billion, to deliver 3.2 GW (7% of UK supply). This winter, it’s expected that UK industry will trim between 1.5-2 GW off peak demand through transmission charge avoidance alone, changing behaviour in response to market signals – and the potential could easily be double that figure.

Technology, data and pricing signals will transform grids. The ‘Internet of things’ will drive smarter interaction between grids and power-consuming devices. Incentives for low carbon localised generation – smart cities, homes and factories – will reduce losses and feed back into grids. This suggests a profound impact for grids and supply contracts, and a great opportunity. Localised ‘off-grid’ low carbon generation will also be transformative for the developing world’s thirst for electricity.

The transaction between supplier and consumer will become increasingly ‘two-way’, and will involve far greater monitoring, connectivity and information exchange. The centralised network model is changing forever. The future is more interactive, efficient, connected, dynamic and localised. And full of opportunity.

If this whets your appetite for energy efficiency opportunities, check out my colleague Steve Wilhite’s blog here.

I’d also love you to read my recent take on renewable subsidies in the context of political uncertainty here.