Before the advent of technology, the workplace consisted of multiple manual tools to perform individual tasks. Pen and paper were required to handwrite drawings and reports, calculators performed arithmetic operation, rulers measured and drew straight lines, and magnifying glasses made details appear larger.

In the same vein, the electrical distribution world has traditionally relied on bulky and rugged hardware for equipment operation and inspection. But now, through Schneider Electric’s digital transformation with IOT sensors and data analytics, electrical applications are now more powerful and connected, enabling operations and maintenance teams to operate electrical equipment through a mobile device. 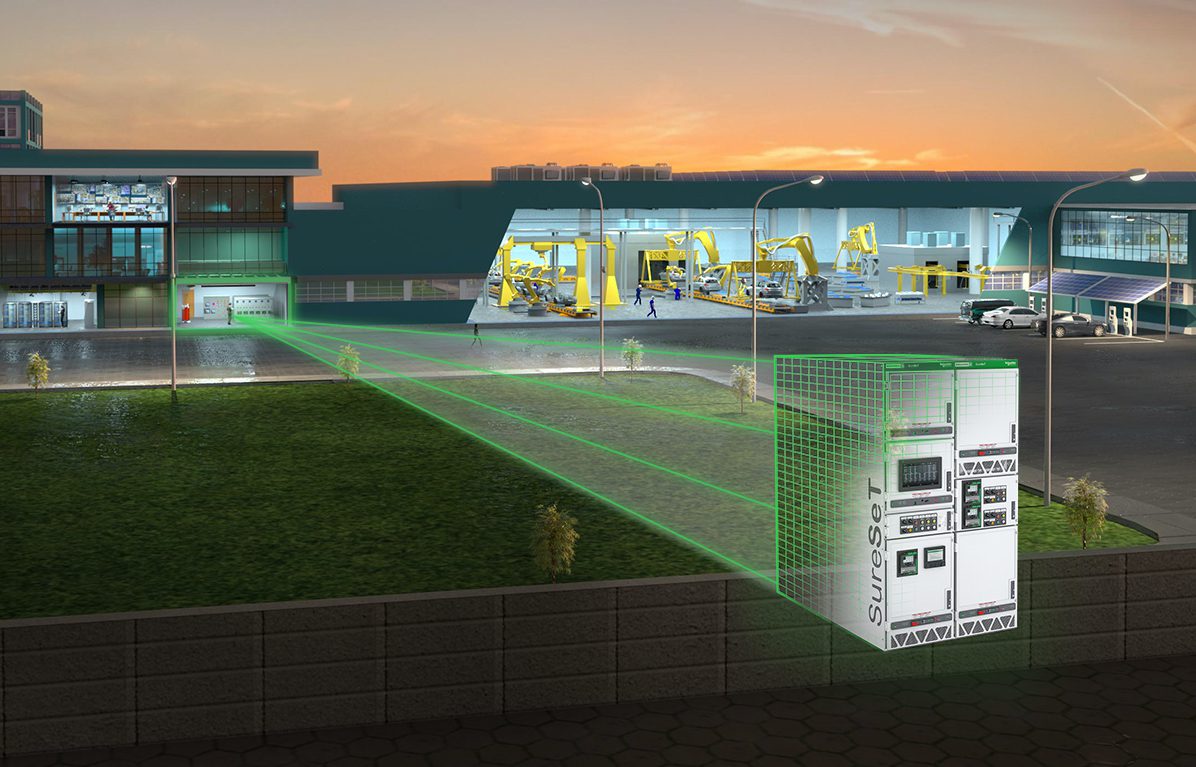 With newly integrated digital equipment health monitoring and control features, direct measurements can be observed 24/7. Maintenance is predictive rather than reactive. Reactive maintenance essentially allows breakers to run until they fail and does not consider the actual day-to-day dynamic changes that occur. The reactive approach can result in unpredictable downtime, additional damage and costs due to secondary equipment failure. It can also mean shorter equipment life and increased demand for spare parts.

Breaker performance is analogous to tires on a vehicle. Beyond the miles the tires accumulate, there are other factors such as driving habits, speed driven, road conditions and ambient temperature. By the same token, breakers used under accelerated aging conditions may need servicing more than what would be done during an established maintenance interval.

IoT technologies are now making a wealth of data available from circuit breakers and other areas. Smart embedded sensors can provide a range of breaker performance information over wired or wireless communication links. Embedded sensors provide continuous health information from measurements rather than a snapshot in time. This means potential issues can be identified and addressed based on real-time asset insights. Maintenance can now be done based on current condition rather than time without service interruption.

“You can control and monitor your switchgear from well outside the arc flash zone from a separate room to increase safety,” says Tyler Morris, an EOEM product manager for Schneider Electric. “Users are informed of the status of their breakers and switchgear through the HMI/tablet/mobile device interface, so they can be confident in the decisions they make.

“If there is an arc event, you don’t have to be in front of the gear racking a breaker at the same time that it might be happening,” Morris says. “You can be in the office and nowhere near that arc fault. So, this a major advance when it comes to safety.”

“With IR windows, it’s really just a snapshot in that moment that you decide to take a reading,” says Iris Wong, a SureSeT product specialist at Schneider Electric. “That’s usually scheduled on an annual basis, so you only know what the condition is of your gear at that time. You do a temperature scan through that eye or window, but then anything could happen in that year, so you don’t know if an issue is about to happen.”

Switchgear in a smaller package; circuit breakers with increased resiliency

Another plus: SureSeT comes in a smaller package. The 26-inch-wide design with stackable breakers results in a 25 percent smaller footprint compared to conventional metal clad switchgear. In e-house applications, up to up to 20 percent cost savings can be realized with SureSeT’s smaller footprint.

“Going from 36 inches down to 26 inches is a real space saver, which can be significant in industries like oil and gas or data centers where space is at a premium,” Morris says.

“Even though we’ve made SureSeT smaller, that doesn’t mean that we’ve sacrificed performance or functional capabilities,” Wong says. “It has been tested to 30,000 operations to ensure reliability and robustness behind the breaker.

“The product is definitely built to last longer,” she adds. “You shouldn’t have to replace it as often as other breaker because we’ve tested it to this extent. And if your breaker is equipped with digital monitoring, your maintenance cycle can be extended up to five times longer.”

“For the semi-assembled offer, we are going to give them the drawings to manufacture the wiring pans, whether that’s in the low voltage compartment, whatever size it is,” Morris says. “So, they can make that before they even receive the gear and wire it up. And then as soon as the gear hits, they pop it in, run the interconnects and they’re ready to go. If you’re an EOEM, this drastically brings down your lead time.”