Blackouts are nothing new to residential areas but there is evidence to suggest they are becoming more frequent and severe, prompting homeowners as well as the electricians who serve them to take steps to implement backup power systems to protect critical devices, appliances and systems.

The world has witnessed some epic blackouts in the not-too-distant past. Some 50 million people lost power in the August 2003 blackout that hit the Northeastern U.S. and Ontario, Canada. The cause was determined to be a software bug in an Ohio control room, according to a New Scientist story. 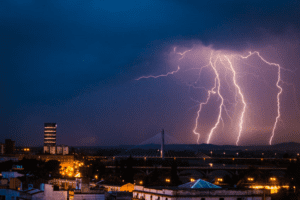 But that was nothing compared to a blackout in India in 2012 that affected some 670 million people, “or roughly 10 percent of the world’s population,” as The New York Times put it.

More recently Venezuela has suffered a series of blackouts, including one that lasted for more than 5 days. The culprit appears to be a wildfire near a key power generation plant, but others blame years of government neglect of power infrastructure. In Australia, the city of Adelaide experienced a blackout earlier this year during one of their hottest days ever recorded. In that case, the cause was blown fuses.

These incidents point to the vulnerability of electrical grids around the world. As the New Scientist story put it: “The North American grid, for example, is arguably the world’s largest machine, but it is highly fragmented. It crosses borders and regulatory zones and has no single owner or manager. Over 3,100 utility companies are on it. Other continent-scale grids have similar weaknesses…. It says something when a nation can be brought to a halt by two trees falling outside its borders.”

The New Scientist story predicts blackouts “will only get more frequent and severe.”

Climate change also factors into the equation. “Climate change is expected to increase the incidence and severity of extreme weather conditions, putting the structural integrity of America’s aging electric infrastructure under greater strain,” according to a 2017 report by Johns Hopkins University. “A combination of higher average temperatures, more destructive storms and hurricanes, and increased risk of wildfire will ultimately worsen risk exposure for utilities.”

On top of all this, the global demand for energy rose by 2.3% in 2018, the fastest pace in the last decade, according to the International Energy Agency. “Electricity continues to position itself as the ‘fuel’ of the future, with global electricity demand growing by 4% in 2018 to more than 23,000 [terawatt hours],” the IEA says.

Add it all up and it’s clear that people around the globe face the threat of an electrical blackout any day of any week. At the same time, they are installing more and more devices and systems that rely on electrical power to function. Think window blinds, garage doors, home electronics, security systems, water pumps, appliances and medical equipment.

All of these things contribute to the comfort, safety and security of a home, and deserve power protection. Electricians and contractors are in a prime position to help educate their customers on how uninterruptible power supply (UPS) systems can provide battery backup protection that will keep these systems functioning, delivering convenience and peace of mind.

Explore the UPS options available to address most any residential power need, including smart home solutions. If you are a homeowner, start a conversation with your electrician about which options may be best for your situation, so you’ll be ready for the next time the power goes out – because you know it will eventually.

Electricians can visit the Partner Portal site to access exclusive information that will help you win more residential business. If you’re not yet registered as a partner just click here to join us. You’ll find all the resources you need to make sure your customers are ready when the power goes out.