On this particular project, before the installation of the solar production the power factor was averaging 0.96, which is above the minimum value of 0.93 fixed by the energy provider. But by integrating solar production, the power factor decreased significantly, to 0.8, which is much lower than the defined threshold. In fact, because the solar system was producing and providing active energy only, less active energy was required from the grid for the same amount of reactive energy. Because power factor is defined as the ratio between the active power and the total power, when the active power demand from the grid went down, the power factor for the grid connection decreased accordingly. 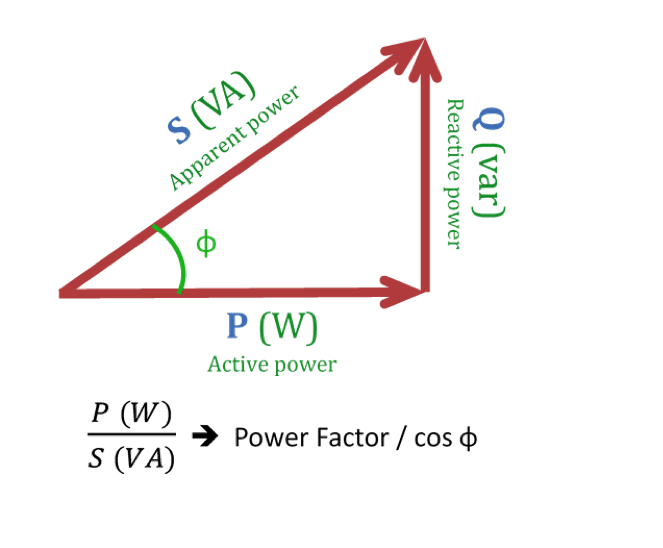 However, there is an easy way to avoid power factor penalties when integrating solar production that does not require installing additional power factor correction equipment. By regulating the inverter set point, the solar inverters can provide not only active but also some reactive power. This regulation can be arranged through power measurements at the photovoltaic installation and at the connection point to the grid using a control system that calculates and communicates the appropriate set point value to the inverters.

In the example above, a minimal reduction of the active power produced by the solar system enabled the global power factor of the electrical installation to be raised to the expected value.

At Schneider Electric, we have developed an algorithms-based solution that enables correction of the power factor rapidly and with high accuracy. This patented methodology provides the optimal operating point of the solar production system regarding the power factor of the electrical installation.

To learn more about the impact of solar integration on power factor, watch “How to avoid power factor penalties due to photovoltaic production.” This short explanation is part of a new series of videos prepared by Schneider Electric’s technical communication group.

An overview of the series and a full playlist is also available.