Miniature Circuit Breakers, commonly referred to as MCBs, are electromechanical devices whose primary function is to shield an electrical circuit from the undesired situation of an overcurrent.

In optimal working conditions of a low voltage electrical circuit, a consistent level of current passes through the network. When a fault of any type occurs in this electrical network, it is common for a situation to arise where the current exceeds the rated limit. This unprecedented flow of current can result in lasting damage to the electrical instruments. To safeguard these appliances and the individuals operating them from any injury or damage, this high-rated current needs to be disrupted as fast as possible. This is precisely where the functioning of an MCB comes into play. This MCB identifies the irregular current flow and instantly breaks the circuit. This can also be referred to as the tripping action of the MCB knob. 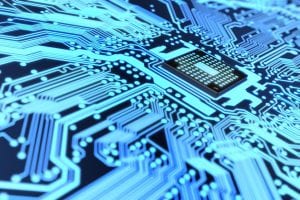 MCBs are extremely sensitive in their operation. These appliances are extremely swift in identifying potential situations that can prove to be quite hazardous. It efficiently detects any irregularities in an efficient way, as compared to other similar outdated devices. Along with this benefit, the faulty or damaged zone of an MCB can also be easily located as well. Conversely, in the case of a fuse, the entire wire needs to be examined to efficiently identify the defaulting zone. An MCB’s function is similar to that of limit switches, with the exception being that they do not need to be manually operated anymore.

One of the essential characteristics of an MCB which enhances its capabilities and reputation is the fact that their functionality can be restored with minimum effort. To do so, one just needs to push the knob of the miniature circuit breakers back to the ‘on’ position. Compare this to the case of a fuse – after performing its function, it needs to be replaced entirely. To conclude – it is equally important to note the fact that MCBs have proven themselves to be electrically safe to use. This is enabled through a unique interface, supplemented by the additional benefits of negligible maintenance requirements and economically feasible costs.