By now hopefully anyone who’s interested has already seen “Stranger Things 2,” season two of the hit Netflix sci-fi thriller. If not, consider this a spoiler alert, stop reading and come back after you’ve seen episode 8, “The Mind Flayer.”  We’ll wait.

OK, good. For those who may not be aware, Stranger Things is set in the 1980s in a fictional middle America small town called Hawkins. It involves a group of middle school-aged kids, a clandestine government lab, and an alternate universe called the “Upside Down” that’s full of large, fast, scary “Demogorgons,” which are dog-like creatures that have a habit of eating humans. 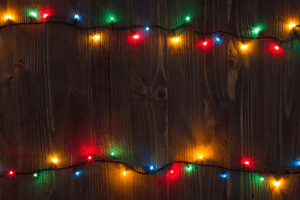 So what does that have to do with a blog site that usually covers things like power protection and uninterruptible power supplies (UPSs), you may be wondering. It’s because the ending of this episode could’ve been much different – and happier – had the building been equipped with what today would be pretty routine power protection systems.

“The Mind Flayer” episode finds some of the main characters trapped in the security room of the lab, looking at a series of security camera monitors. A bunch of the dog-like creatures have escaped from the Upside Down and our heroes are watching helplessly as the creatures run rampant through the building, eating more than a few white-coated lab employees. It’s not pretty.

Just then, the building power goes out, which is a real problem because the building has a fail-safe system that locks all the doors in the event of a power outage – I suppose because back in the ‘80s everyone thought it was a good idea to lock everyone inside buildings that lacked power.

Anyway, it turns out the only way to unlock the doors is to turn the power back on by throwing the main breaker, then rebooting the computer system that controls the building alarms, door locks and such. (Yes, I realize that’s not how one generally recovers from a power outage, but we’re rolling with the plot here.) Now, back in the ‘80s, not all that many folks knew how to deal with the BASIC language used to control early computers unless, of course, they worked at RadioShack!

And it just so happens that one of the folks trapped in that security room was Bob, a main character’s boyfriend, who not only works at but manages the local RadioShack. So, long story short, Bob goes to the basement, restores power, totally owns that computer, unlocks the doors and enables everyone to escape through the front door. Well, almost everyone – Bob gets eaten by a few dog-like creatures, just a few steps shy of escaping. Rats.

We’ll remember Bob fondly (and not just because he also played Rudy in the movie of the same name), but can’t help but think he didn’t have to meet such a grisly demise. Had the building had a decent power protection system, the ending may have gone something like the following.

The group is in the security room, when they witness the lights flicker. They don’t go out, however, because the building has a series of UPSs protecting important loads, like emergency lighting, the door control systems, security cameras, and the security room.  The UPSs have been well-maintained over their lifetime, to make sure they are up to the task when they’re needed.

As in the actual episode, a doctor who works in the building volunteers to stay behind in the security room. From there, he can see on the monitors where the dog-like creatures are and guides the others out of the building using walkie talkies.

The Hawkins police chief leads the group, shooting and killing a few of the creatures along the way, until they all successfully make it out of the building.

But what of the doctor left behind? That’s where Bob comes in. He has the presence of mind to grab one of the computers from the security room. Once safely outside, he finds an outdoor outlet, taps into the computer network using a prototype wireless adapter that he just knew would come in handy someday, and working some BASIC magic, connects to select UPSs inside. Like Bob himself, these UPSs are ahead of their time, with features such as the ability to selectively shut down certain outlets. Bob, as Stranger Things fans know, is also adept at solving puzzles. He works out how to shut down power in select areas for just the right amount of time, which locks certain doors. Meanwhile, over the walkie-talkie, the chief guides the doctor through the safety net Bob is creating. The doctor successfully escapes while avoiding any dog-like creatures. “Easy peasy,” Bob says.

Bob then gets to see how his girlfriend’s son is rescued from the grasp of the Upside Down world in the final episode. Ultimately, they get married and go on to become one of the largest RadioShack franchisees, owning 37 stores.

But alas, that didn’t happen, all for lack of a reliable building UPS system.

Well it’s no longer the 1980s and there’s no need for you to risk your building getting turned upside down in the event of a power outage. To learn how to make sure you can survive an outage, download the free white paper, “Maximizing Uptime of Critical Systems in Commercial and Industrial Applications.” You can also visit our commercial and industrial business continuity site to learn how to mitigate unplanned power outages.