Home Infrastructure and Grid Power Distribution and Management Designing and Building an Electrical Panel Part 4: Managing the Temperatures of a Switchboard

An electrical switchboard is composed of different electrical devices, some of which are more or less sensitive to the temperature outside and/or inside the enclosure. The outside is mainly due to the environment where the switchboard is installed. The inside is more complicated, and can cause concerns related to the IP level, characteristics of components or the location designed.

A panel is subject to the temperature of the environment along with anything the local conditions bring. A panel installed at a Middle-Eastern desert oil pumping station could easily reach an ambient temperature of 50°C or more. At the other extreme, one located in Siberia could experience -40 ºC. Even inside the electrical room, you should be cautious if there is other equipment installed nearby that might cause the heat and humidity to impact the new electrical switchboard.

Consequently, the location where the enclosure will be installed is one of the key specifications that should be defined by the customer/designer as a project is still being planned. A panel builder should have a specification for ambient temperatures in the specification sheet to understand the operation conditions the panel will experience. 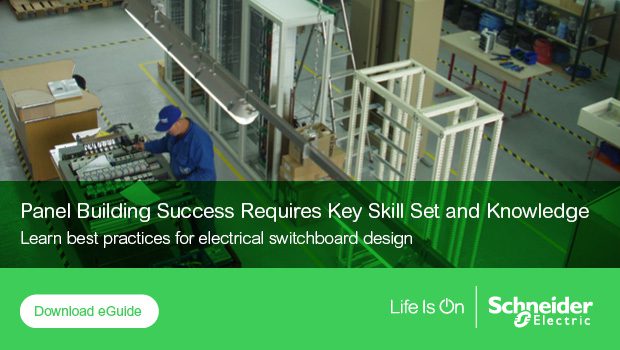 Not all temperature problems originate outside. The IP level often has a critical impact the inside temperature. If the enclosure has a low IP rating, cutting ventilation slots and allowing cooling by convection may be enough. A higher IP level may necessitate other techniques and materials to preserve the performance of the equipment, such as fans and grids with an appropriate design to support the IP level.

The positioning of each device should also be considered as various components are more or less sensitive to temperature. Since heat rises, a higher or lower position within the cabinet can impact the performance of some devices. To avoid malfunctions, do not install devices that are sensitive to temperature changes near devices capable of dissipating significant amounts of heat.

In some cases where humidity is high, allowing unrestricted airflow through a cabinet can allow condensation inside, mainly due to the load variation of the network. If the temperature falls it may pass the dew point. In this case, condensation may reduce the insulation value of internal components and cause a short circuit.

There are several ways to manage the environment inside the enclosure. Cooling is the most common. Natural cooling via convection through grids may be enough if it is suitable for the IP level. Forced cooling with fans may also be required, or a small air conditioning unit for some extreme environments typical in oil and gas applications. Heating may also be necessary in certain situations to control the temperature changes to avoid condensation and other potential risks inside the enclosure.