There’s a petrol station I often go to that is right next to a diesel genset for a nearby business. 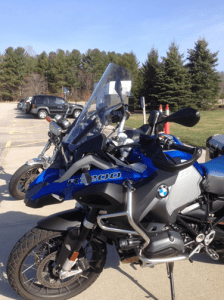 As I sat there pumping gas – a sunny and warm(ish) day – I was sort of in a daze looking at the bike and feeling sad my morning commute was nearly over.  Then suddenly the nearby generator roared to life.  I snapped back to reality just in time to see a large cloud of black smoke belch from the exhaust vent like a tractor trailer truck starting up in the 1970s.  It just left me with this sense that diesel generators are old technology.

Certainly environmental regulations and concerns are a big reason many critical facility owners wish they could get rid of generators…cost is an obvious one too, of course…and noise pollution.  Despite this, data centers and other mission critical facilities have to maintain operations when the power goes out.  And it all has to stay up until power returns which might be days later.  And so diesel generators serve an important need.  And thanks to competition, manufacturers work to make their solutions more efficient, environmentally cleaner, quieter, and more reliable.  But, what might the alternatives be?

Perhaps you don’t need days of backup time.  Perhaps site redundancy or workload automation make it so minutes or hours of backup time is all that is really needed…if not now, then maybe in the not-so-distant future.  Energy storage systems are beginning to come about that combine UPS functions with long run, high power backup time using lithium ion batteries.  Lithium-ion batteries have gone through a lot of evolution and technology improvements in recent years. There are cells engineered for very high energy capacities and are capable of long runtimes (in hours). And so it may become a viable alternative to use an energy storage system like this instead of diesel generators as a means to bridge an outage or move workloads elsewhere.  And there might be other benefits, too.  With the ability to store large amounts of energy, such a system might be used to “peak shave”…to supply power to loads during peak usage times when energy costs are higher.

We’re living through an exciting period of technology change.  I think we can all look forward to a cleaner, richer, and more efficient future.  Who knows – and I wouldn’t have said this a year ago – but maybe I’ll be riding to work soon on an electric motorcycle powered by lithium-ion batteries.  Imagine having a torque curve that is completely flat, providing max power at the twist of the wrist!

Is it time to ride home yet?