When it comes to deferred maintenance, it seems like you can only go so long before you have to pay the piper. That’s a lesson the city of Los Angeles learned in dramatic fashion last summer.

After years of neglect, a 90-year-old water main burst under Sunset Boulevard — one of the city’s busiest and most storied thoroughfares. The rupture exploded into the street with a geyser of water and chunks of asphalt flying more than 40 feet into the air. Nearby University of California, Los Angeles was flooded with 20 million gallons of water (all the more horrific because California is suffering such a serious drought) before crews could fix the problem. To top it off, the disaster-movie-style scenes — endless traffic, floods and explosions — got major national news coverage including the front page of the New York Times.

It was probably the most spectacular example of the deferred maintenance quandary so many municipalities find themselves in today. The quandary is that like Los Angeles, many cities were forced to put off water and wastewater maintenance during the recession. Now what was “nice to do” maintenance has quickly become “have to do.” Indeed, the American Society of Civil Engineers, gives the United States a D+ on its annual infrastructure report card, and says the nation will have to invest $3.6 billion by 2020 to address the issues.

As the economic recovery struggles along and taxpayers remain unwilling to fund bond measures and other traditional funding mechanisms, municipalities find themselves still unable to make needed upgrades and repairs. And they know it’s just a matter of time before a Los Angeles-style debacle happens in their city. In fact, there are 240,000 water main breaks in the U.S. each year, and many water mains and pipes are over 100 years old.But savvy municipal leaders are turning to a new way to pay for deferredmaintenance that doesn’t require massive capital outlays, and even comes with a guaranteed pay off. It’s called performance contracting, as detailed in a recent article in American City & County magazine.

With performance contracting, cities and counties can achieve operational savings of up to 60 percent, which offers a tremendous opportunity for them to monetize savings, implement infrastructure upgrades expeditiously, and transfer equitable project cost, performance, and delivery risk to a financially sound and proven energy savings companies (ESCOs), such as Schneider Electric.

Just ask the city of Kirksville, Missouri. The city historically had problems with water loss from its older water and wastewater system. The citywide water metering system comprised a broad assortment of meters that no longer provided accurate information. In short, city leaders were staring down the barrel of years of deferred maintenance.

As a result, the revenue and savings generated allowed the city to move forward with a comprehensive energy savings performance contract with Schneider Electric that included $4.7 million in renovations. The project is providing the city with nearly $350,000 in annual savings, eliminating the need to raise taxpayer rates and enhancing the city’s budgeting stewardship.

So when it comes to deferred water and wastewater maintenance, it seems like municipali 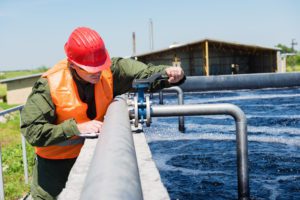 ties really have two options: Wait and pay the piper like Los Angeles, or act now with a performance contracting partnership to pay it forward!