Technical advancements have propelled industries to improve output and enhance productivity. There are a variety of electrical components that work coherently to make industries better every day. Programmable logic controllers are one such component that has been used extensively in the industrial landscape. It has significantly improved manufacturing processes and facilitated effective control of assembly lines, robotic devices, machines, and other devices that need to run at their reliable best. Ladder logic programming is the language that helps in constructing software and programs for PLC controllers. It presents the program in the form of ladder diagrams that are based on circuit illustrations. This article gives a comprehensive view of ladder logic programming and its benefits in the industrial space.

What is Ladder Logic Programming

Ladder logic is a rule-based language that was traditionally leveraged to document the construction and design of relay racks in industrial processes. An individual relay rack was represented on the ladder diagram by a symbol. The symbol would further be connected to devices below that would appear as vertical rails.

An individual rung on the ladder presents a specific rule which is executed simultaneously when implemented to relays and other electromechanical devices. When the ladder logic program is applied to programmable logic controllers, the execution happens sequentially in a continuous loop with the help of software. 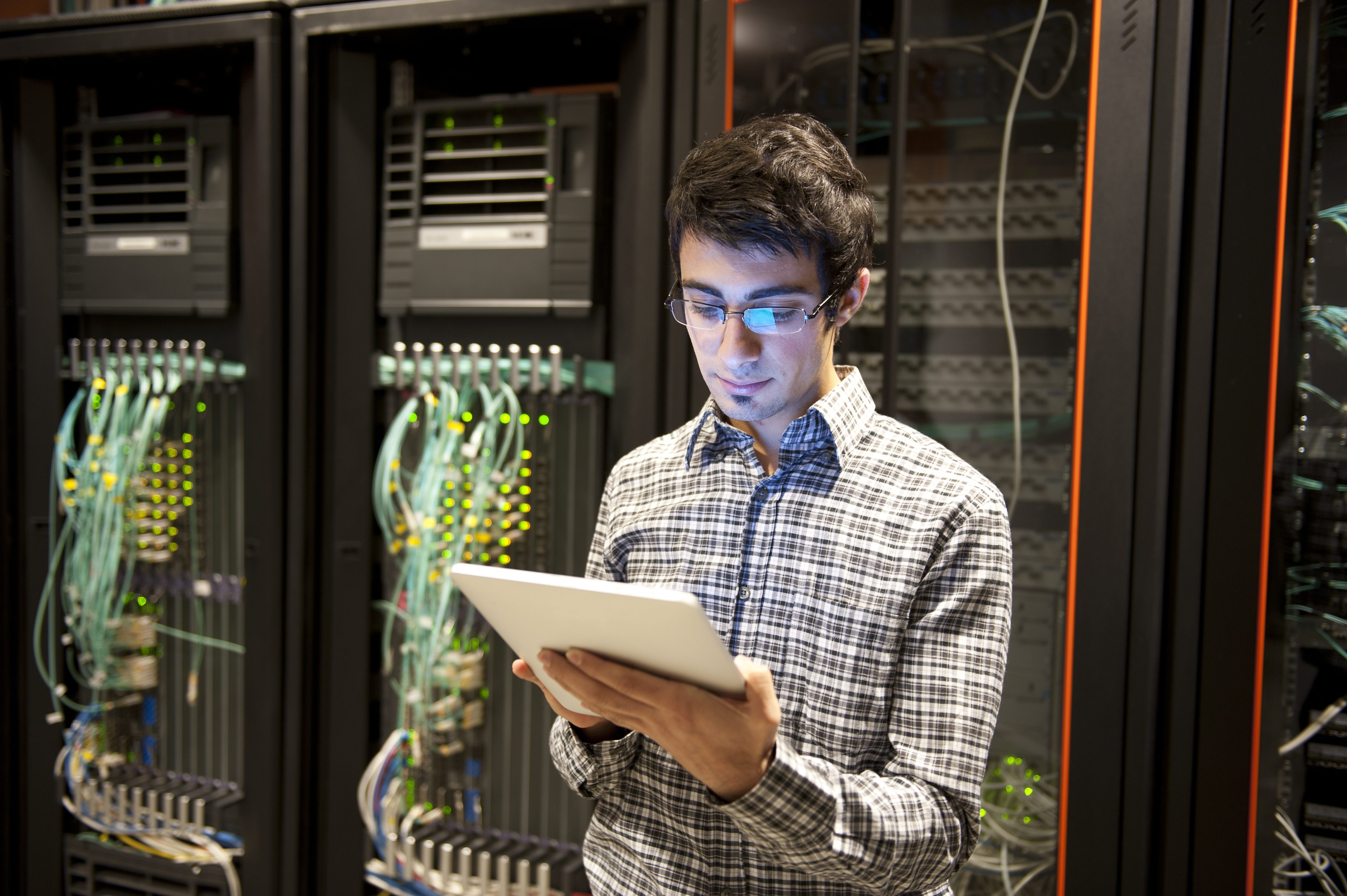 The Importance of Ladder Logic Programming

The Structure and Execution Process

The underlying structure of ladder logic programming is based on the electrical ladder diagrams that were traditionally used in relay logic. These diagrams were used to document how the connections were made between the devices on relay panels. The moniker ‘ladder’ diagrams were used as the diagrams were constructed in a way that signified a ladder having two vertical rails and a rung between them. The positive power rail to the left would flow to the negative power rail to the right with the help of the physical devices that were connected on the rung.

Before executing any programmed logic, the CPU assesses the physical inputs and outputs that are connected to the input and output modules to update their status in the memory table.

Once the inputs and outputs are duly assessed, the CPU would execute every specific rung or sub-rung rung from left to right. As the CPU reaches the last rung, it updates the real-world outputs and loops to run everything again. The entire execution process will continue for as long as the CPU is powered and on RUN mode.

Schneider Electric’s exceptional offerings empower enterprises to make the most of the available energy and resources. Our expertise seeks to bridge the gap between progress and sustainability. The belief system at Schneider Electric revolves around providing the population with equal access to digital and energy. With the current generation facing an aggressive transition in energy and industry, electricity is regarded as the primary vector for decarbonization.

We take the role of a digital partner to help you and your enterprise make a climate-positive impact. We integrate industry-leading energy technologies and processes to help your business realize its complete potential and identify opportunities for sustainability.

Under our sustainability initiatives, we contribute effectively toward the United Nations Sustainable Development goals. The six long-term commitments solidify our stance on going the extra mile for the environment, economy, and society. Through our commitments, we act for a climate-positive world, become efficient with resources, live up to our principles and trust, curate equal opportunities, empower local communities, and harness the power of all generations.

Schneider Electric’s innovative solutions have delivered immediate decarbonization. 40% of Italy’s energy has been made renewable with the help of Schneider’s EcoStruxure Smart Grid. Moreover, the Climate Group recognized us as the first Clean Energy Trailblazer in 2020. Schneider Electric’s Access to Energy program provided solar streetlights in Tapachula, Mexico, improving security for thousands of refugees.

With our ladder logic programming solutions, industrial operators can seamlessly optimize their operations and tune them for efficiency. The complete control over the logic controllers helps significantly improve output and allows industry owners to reduce a plethora of costs.