In the beginning, only fuses were used in electrical distribution systems to protect people and equipment against short circuits, circuit overloads, and other types of faults. Then, circuit breakers were introduced, offering many advantages over fuses. For processing and manufacturing operations, protecting motors is crucial to maintain productivity. As the cost of a fuse is typically much lower than a circuit breaker, fuses have often been the choice for this application. However, circuit breakers have evolved a lot in recent years. Comparing modern circuit breakers to fuses reveals how circuit breakers can help machine manufacturers and facility management teams achieve greater safety and reliability, lower costs, and support for energy management initiatives. 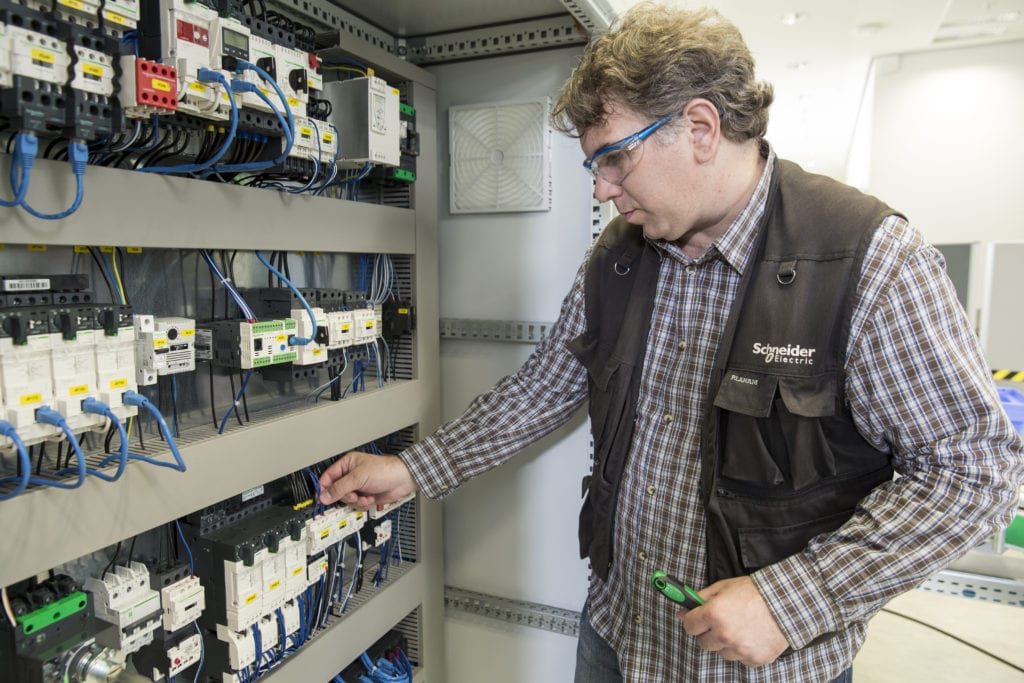 One downside of fuses is that their performance can degrade due to aging, even causing them to open during normal conditions. In addition, there is no way to test a fuse, so you will never know the exact current value that will cause it to open. In contrast, circuit breakers are tested during manufacture and can also be retested during their operating life to ensure performance is maintained.

The breaking capacity of a circuit breaker can be greater than equivalent fuses (up to 150 kA). And under overload conditions, a circuit breaker can trip up to 1000 times faster than a fuse. Some circuit breakers also provide exceptional fault current limitation, a capability previously associated only with fuses. This not only supports reliable protection, it also reduces asset aging and extends service life. Another aspect of protection to keep in mind is that it’s common for only one of three fuses to open, causing a motor to continue running on two phases, as well as potentially experiencing an overload. This will never happen with a circuit breaker, which will always break all three phases simultaneously.

The use of fuses can represent a safety risk for technical personnel. Due to exposed conductors, replacement of fuses can be dangerous for unskilled people. The connections to circuit breakers are hidden behind the device, and operation can be done remotely. This makes breakers safer, especially for unskilled workers. One of the reported causes of fires in industrial environments is a fuse that has been replaced with the wrong model or rating, or even with wires or paper clips. These kinds of mistakes are avoided with circuit breakers, as they usually do not require replacement after a trip. Additionally, replacing fuses takes more time than simply reclosing a breaker. This means circuit breakers help minimize downtime and production losses.

As mentioned above, the cost of a single fuse is significantly less than the cost of a circuit breaker. However, when we consider the complete cost of an installation, there are other costs that need to be taken into account. First, of course, is that three fuses are required for a three-phase circuit, with each fuse requiring the cost of a fuse base. Second, unlike circuit breakers, fuses do not have any built-in switching capability, so the addition of an upstream switch is required. Fuses also require a larger enclosure, due to their heat dissipation. And finally, when one of three fuses opens, all three fuses should be replaced. This requires an expensive replacement stock of fuses to be kept on hand. So, in total, the complete cost of using fuses can be greater than a circuit breaker. Though occasional replacement of circuit breakers may be necessary, a single model of breaker can usually be used for different power ratings, which minimizes inventory.

Unlike fuses, circuit breakers can be enhanced with additional functions, such as ground fault protection. They also allow for system coordination between breakers (e.g. selectivity, cascading). The newest, most advanced circuit breakers offer a large breadth of capabilities in a compact size with flexible designs that enable field-upgrading. Add-ons can include remote control and status indication, alarm and auxiliary contacts, power and energy measurements, and network communications.

Schneider Electric’s TeSys GV4 thermal-magnetic and magnetic motor protection circuit breakers, for example, feature advanced capabilities offering dual-motor class 10/20 for short circuit and overload protection for motors up to 115 A / 55 kW. Other options can include advanced protections like JAM and long start, pre-alarming and fault differentiation. Click here to learn more about solutions that can help protect your entire machine application, not just the motor.