Engineers are excellent at designing control systems, and facilitating user access to those systems. Here’s an old example of our early efforts to help operators control the process. 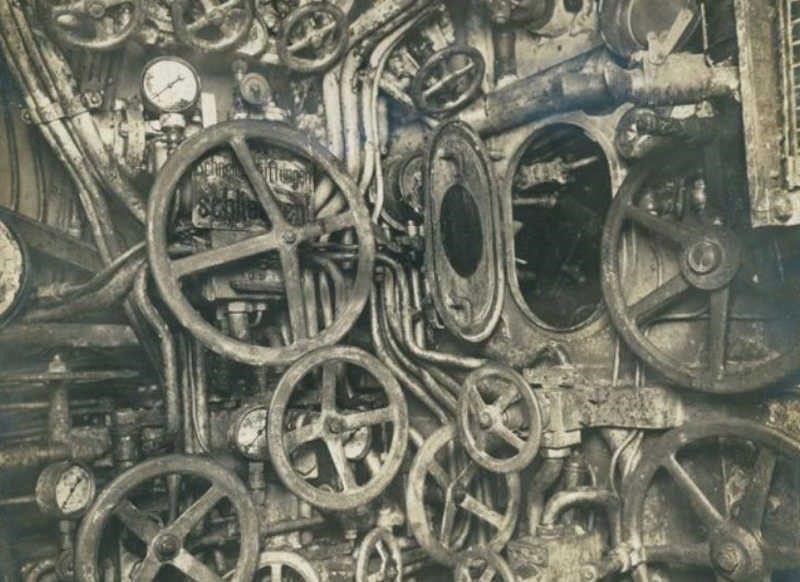 Yep- submarine. That gaping hole in the middle is an early version of today’s Triconex system- you simply sealed off hatches as an ESD. And alarms? How about the sound of flowing water? One mistake on those valves, and it was over.

Over time, we realized that people needed instrumentation and designs that reduced error. So we actually did a pretty good job in the 70’s/80’s of designing control panels that reduced operator risk. Firstly, the instrument readouts were designed in a fashion that made them easy to read. And when all was good, indicators would point to the middle of the scale, with markings for where their maximum/ minimum readings and setpoints were.  In fact we had a term for when everything was right in the plant- we called it “lined out”.  This meant all the gages were in the middle of their readings. You could quickly scan the readings. If one was too high or low, it stuck out because it was not in the middle like the rest. Lastly, we placed alarm lights above important gages to quickly draw attention to the very bad. Alarm management was simply a matter of real estate, and wiring runs.

In the late 80’s we moved away from analog to digital instruments and we were stuck with putting the readings on Cathode Ray Tubes. The operators hated losing their panel boards, but with the digital revolution, there was no turning back. These CRT’s were limited to black backgrounds, but we could use color to make the lines and readings stand out from that. So, the first thing we learned was to turn down the lights to avoid glare- thus helping the operators stay awake (oh, wait a minute- that actually helped them sleep). Anyway, we implemented screens that showed the processes of the plant using diagrams which were easy to replicate from the plant design process drawings. Also, we could use these diagrams to explain thermodynamics and pump curves and such to operators so they would learn how these processes operated. Because every operator needs to understand thermodynamics and pump curves.

We colored the lines so they could identify separate subsystems. For instance we dedicated red to liquid flow, blue to gas, etc. Later, we even made things move on the screen, so they could see the impeller turning in a tank, and conveyor belts moving. I even saw one that had dump trucks that would back up to an ore stockpile and then dump to a belt. We made them look just like the plant. Then we added a few small text boxes with the important variables (you had to search to find them). And we had multitudes of screens because you couldn’t put the whole thing on one screen.

A large percentage of our systems still use that technology today. Here’s a drawing from a control system that I made that represents a process most of you should be familiar with. I used common drawing tools and created a P&ID diagram to help the operator control this process. Before moving along, see if you can guess what sort of process this is: 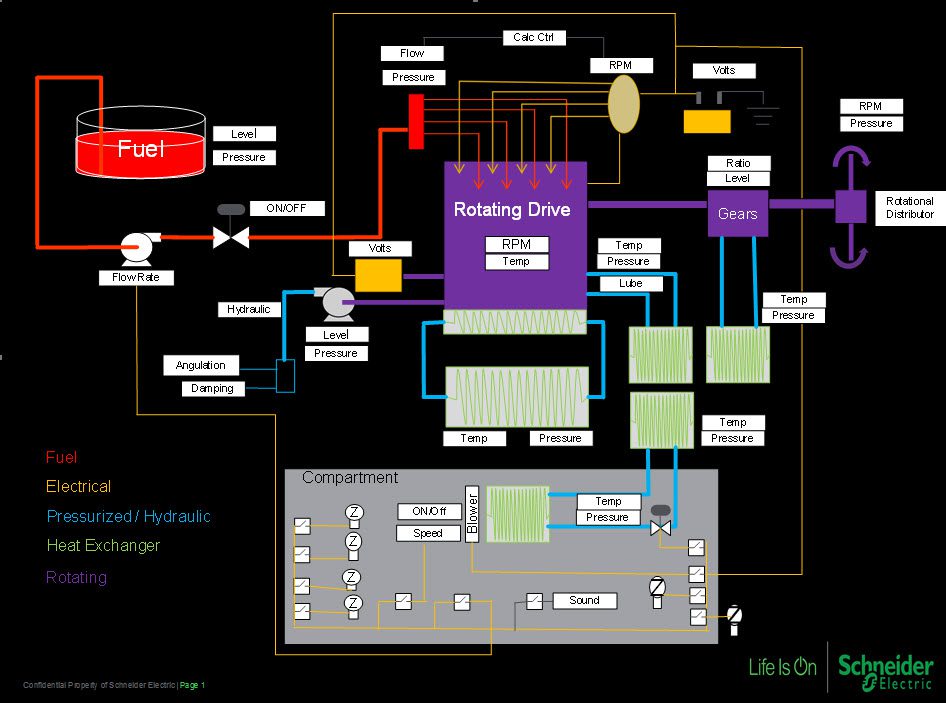 OK- so did you guess? It’s probably something you use every day. Here is the sort of interface you commonly see to this process: 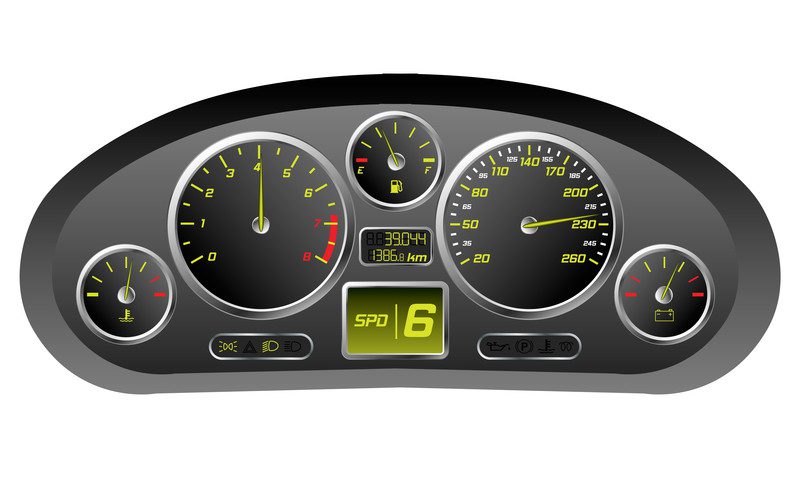 Yep, that’s right- it’s an automobile. Notice how my previous drawing has all the information you might need to know about every parameter that is effecting the overall operation of the automobile? The point is that to operate this process and keep it between the rails, you need very little information during normal operation. You only need to drill down when further information is needed or desired. For the most part, the dashboard above keeps everything you need to know- front to rear bumper- right in front of you, and indicators representing support systems are in the middle when everything is OK. OR- Lined out. SIDE NOTE: Please steal this example and share it with managers everywhere!

So, that’s your first lesson in Situational Awareness Graphics. It’s not so much what you show, its more what you don’t show. A human only can take in so much information in a glance. And the design of the graphics for that glance needs to be intuitively obvious even to the most casual of observers. So, it needs to be able to be “lined out” when everything is OK, and glaringly obvious when something needs attention. Oh, and without being redundant- it needs to have a persistent view where you can see the whole system at once.

If you missed “Situational Awareness – What’s it all about – Part 1, just click here.