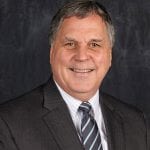 Mark Fondl was Vice President of Schneider Electric and under his leadership created the Transparent Factory Initiative with teams in France, Germany, and the US. Mark originally joined Modicon in 1979 and held Sales and Product Marketing functions prior to rejoining Schneider Automation in 1996 as Vice President of Product Development. Mark represented Schneider Electric as a member of the Board of Directors for Fieldbus Foundation from 1996 to 1999 which at that time also established HSE (High Speed Ethernet).

Arthur C. Clarke was a futurist, inventor and author probably best known for writing the story on which the film 2001: A Space Odyssey was based (he co-wrote the screenplay too). He said this: “New ideas pass through three periods: 1) It can’t be done. 2) It probably can be done, but it’s not worth doing. 3) I knew it was a good idea all along!”

If you’ve been in manufacturing for as long as I have you’ve probably witnessed the emergence of some really good ideas, only to see them disappear from view again in a cloud of apathy. In 1997, I formed a team of talented engineers at Schneider Electric working on an idea we called the Transparent Factory. We believed that the ability to obtain and act on real-time information at all levels of manufacturing would be critical to a company’s ability to be global competitive.

Our bold claim for the Transparent Factory was that Internet technologies and Ethernet could be used to replace proprietary networking protocols.  We also believed that the focus should be on networks to obtain interoperability and not standardization on a single operating system or platform. After all, thousands of users were communicating and sharing information without ever having to decide on the “right” processor, the “right” operating system, the “right” software or the “fastest” PC.

At that time there was also an increasing requirement to connect to Enterprise Resource Planning (ERP) and Manufacturing Execution Systems (MES), usually through either Supervisory Control And Data Acquisition (SCADA) systems or Operator Interface (OI) stations. I remember clearly that Windows NT had established a niche here, and that Microsoft was pushing hard for its adoption as an automation platform as PC Based Controls was a fashionable topic.

Ethernet was the network of choice for virtually all business level computing, and its potential usefulness in making sensor to boardroom integration was at an early stage. In a foreshadowing of what was to later come from the Internet of Things movement, companies like Schneider Electric embedded web servers into Ethernet devices such as PLC’s, drives and I/O devices, offering the manufacturing and process industries previously unknown levels of simplicity, performance and interoperability. 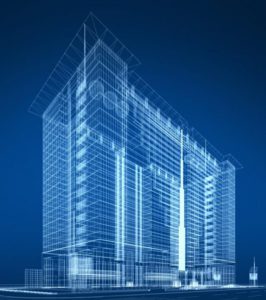 The Transparent Factory architecture was a great vision, but way ahead of its time. Some called it on the Bleeding Edge of technology! I can’t tell you how many times people said no to us.  No to using Ethernet because it was not deterministic enough; no to investment because of compatibility challenges; and no because there was a belief that it simply could not work.  We’d failed to recognize that ideas can sometimes move like tectonic plates in the automation industry.  We worked tirelessly to address these issues and ultimately our faith paid off.

It still amazes me how good ideas have an inertia all their own and eventually the market catches up! Today, attitudes have clearly begun to change and the technology is there to make those dreams a reality.  Now, teams of people are working both inside vendors and within industry to remove the obstacles to wide-spread interoperability to finally make the right information available at the right time for companies to optimize their decision making.

In today’s jargon, this concept has been labelled the Industrial Internet of Things (IIoT). IIoT is a vision where people, data, and intelligent machines share information to impact productivity, efficiency and operations of manufacturing industries, but for me it all comes back to the same original principle… helping companies make smarter decisions with the best information available, and that has been a part of our  DNA from the very beginning.

Success, as they say, has many fathers. But I think that history will show Schneider Electric helped create something new and very important back in 1997. Other competitors eventually introduced Ethernet as EtherNet/IP and ProfiNET five to seven years later. Industry is just now re-awakening to the power and possibility of this important vision.  We stand united with industry and ready to support these efforts whether you call them IIoT or like us, just good common sense. Like Arthur C Clarke said, “I told you it was a good idea all along.”