Home Industry Machine and Process Management Technology and digitization: our industry lost a battle, but how do we win the war ?

Once upon a time, not so long ago (maybe 20 years), the adoption “flow” of new technology was simple and easy. First we saw it in high level university labs – often military related -, then in industry and our workplaces and finally as a consumer and in our homes.

A few examples were:

And then quite suddenly, around  the early 2000’s it changed. The technology started to be first used in our homes before they entered our professional areas. 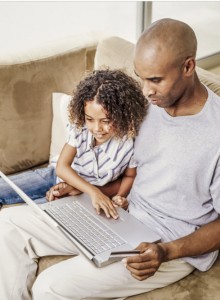 This was seen when…

Why did we (as a global industry) lose this battle:

Most of the innovation used to be hardware and therefore quite expensive, resulting in a very limited adoption by consumers until its development in the professional world made it more affordable for private users (do you remember the initial cost of a network extension card or a laptop ?).

Now, not only has the cost of hardware been strongly reduced, but most of the innovation which used to be hardware has now become software with a low to high investment cost. And the cost of expansion immediately close to zero making it affordable from day 1 to consumers. It’s only a question of the pricing model but not of costs anymore.

So,as a first step,  the industry lost this competitive advantage /  barrier to entry of cost.

But, then why is industry late and not simultaneous to consumer? I do believe it is because of fear…fear of many things…

Those fears are not entirely wrong. But if we look at them, regarding the fear of our own people, no loss of productivity came through internet, mails or Facebook.  On the contrary, direct access  to information has strongly improved productivity. And what about the fear of “apocalypse”? Yes, there are some examples of cyber attacks but not so many and much less impacting than traditional terrorist attacks. And there are some reasonable – not 100% perfect – protections existing that can and should be deployed before connection. So these risks should not slow down our move towards digitization.

So as Franklin D. Roosevelt said, if we want to come back in the race of technology and digitization, “the only thing we have to fear is fear itself”.