In this guest post by Stephen Goodman, we hear about all things wireless. Steve tackles the questions about standards, “in-plant” wireless and “outside the fence” wireless solutions. 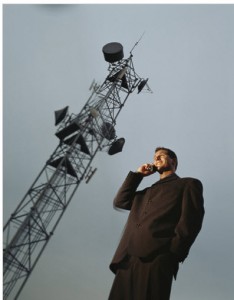 Wireless Sensor Networks (WSN) is reportedly one of the fastest growing segments in process automation today, and while there are competing standards vying for the top spot (ISA100.11a and WirelessHart), proprietary solutions appear to be capturing most of the market, especially where remote (outside the plant) applications are concerned.

The concept of wireless technology is not new, consumers have been using wireless for decades, it has literally permeated all facets of our lives. But what about wireless technology in the industrial world? It is true that industry often lags consumers by at least ten years; in the wireless world it appears even more. While this might be due to early concerns about reliability and safety, the truth is that the time for wireless in the industrial domain is well and truly here!

Businesses know this well! The rate of adoption of wireless technology by industry is growing exponentially, especially in automation. Of specific interest to us in plant solutions is the use of wireless technologies for monitoring processes and the efficiencies afforded by wireless sensor networks.

The WSN sector has been in development for over ten years with standards initiatives in play from the beginning through multiple paths taken by different groups. The standard efforts are necessary because they are desired by businesses that already have a large deployment of assets and want to maintain interoperability. The people who run these businesses want to know that whatever new technology they adopt it is going to be interoperable with other technologies and vendor products they already have in place. This is the great hope!  For the WSN sector there are two standards leading the way; WirelessHart and ISA100.11a.

Both of these standards utilise mesh networking architectures and could be considered mature as they have both been in development for almost ten years. ISA100 and WirelessHART are based on IEEE802.15.4, a specification that was designed around Low-Rate Wireless Personal Area Network (LR-WPANs) technology. From this acronym alone we can surmise that they are typically for short distance links and limited bandwidth.

There are many vendors offering equipment with these standards including Emerson, Honeywell and Yokogawa, the larger players in this field. Some vendors take the approach of using bolt-on wireless adaptors, based on the above standards, which piggy-back on their existing instrumentation.  Regardless of the approach, all the 802.15.4 technologies focus on applications we like to describe as “in-plant” or “inside-the-fence”.  This means either a controlled indoor plant environment or an industrial campus where the boundaries are clearly defined and relatively close by.

This is a stark contrast to the applications served in-plant where the distance between wireless process points is short, there are many to monitor and there are wired devices not far away that attach to the same network.  In this environment it is important to ensure the wireless network can deal with congested airways by adapting link routes (a la mesh network) and will serve up process data that is similar to that coming from wired instrumentation.  In this environment where coexistence is everything, well executed standards are a must.

Which brings us to the word “proprietary”, which I often agree is a four-letter word in the industrial market, but does it always have to be? I will pick up the topic of proprietary in the next part of this blog… Stay tuned.

With twenty five years of management experience in technology, Stephen has been at the forefront of many transformational product offers including Schneider Electric’s wireless instrumentation offer, Accutech. With a Bachelor’s degree in Mechanical Engineering, a Masters in Metallurgy, and PhD in Materials Science, Goodman’s prior experience includes business development and strategic marketing roles in the semiconductor and aerospace industries.