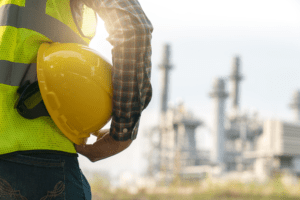 To address this uncertainty and the difficulties presented when assessing the value of technology investments, more executives are turning to an underutilized metric, Return on Capital Employed (ROCE), for calculating efficiency and profitability. ROCE represents the percentage return that a company makes over its invested capital, a measure of the profitability and value-creating potential after taking into account the amount of initial capital invested. The ROCE ratio is expressed as Earnings Before Interest and Tax (EBIT) / Capital Employed.

This blog is the second in a three-part series that assesses the impact of technology modernization on CapEx, OpEx and revenue generation. These three financial variables present an overall picture of how ROCE metric elements can be combined to determine the business value of automation technology investments. All three blogs reflect real-life downstream Oil & Gas industry case studies in which Schneider Electric played a key role as technology consultant and provider.

Schneider Electric field studies have shown that OpEx savings of 2.1% (of total OpEx spend) can be realized through savings in costs of raw materials, energy, labor, and maintenance. In the particular case of a Gulf Coast refinery, these four areas were targeted for reducing operating expenses. Technologies were introduced across critical application areas (like feedstock management, distillation, product blending) in order to drive the cost cutting.

Below are some of the key highlights that emerged as the result of the cost cutting initiatives:

Schedulers were also equipped to determine the desired production rate of products at maximum profit or minimum cost, while satisfying the refinery’s fuel supply obligations. The net result was greater operating flexibility in response to changing market and plant conditions.