Wouldn’t you want to make sure your parachute rip chords are OK before jumping out of a plane?  Me too.  Safety first, right?  Well, it’s the same idea with performing a pre-commissioning controls checkout of your plant before going live the first time.  Ask yourself…Is your Distributed Control System control logic configured correctly?  The answer is likely “no  – but what can I do about it?”. How about the Programmable Logic Controllers? The Emergency Shut Down System?  The Turbomachinery Controls?  The Burner Management System? And so forth… 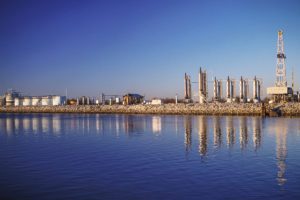 What if I told you that a large refinery used dynamic simulation to do pre-commissioning tests on seven separate refinery units.  They identified more than 1200 logic and control configuration issues in a completely safe and cost-effective manner prior to their plant going live. Whew! This is actually the norm and not the exception. And who do you think became the hero in that story?  The plant manager, of course…and anyone else in the company who had the foresight to employ a dynamic simulator.

If you knew there were (on average) 150 issues on each unit that could be corrected on your controls systems prior to live commissioning wouldn’t you be more confident in the lead up to commissioning?

For a new greenfield facility or a revamp project,  the control or safety instrumented system is often seen as the critical path risk to completing the plant startup on schedule.  Low-Fidelity Tieback simulation is a good tool for basic testing, but only effectively tests single loops at a time. It certainly will provide value but today plants are highly complex and integrated and have highly non-linear responses  that limit the benefits of tie-back simulation.

What if the engineering or operating company had the foresight to use dynamic simulation in the Front End Engineering Design (FEED) stage. Those high fidelity models have already delivered significant value as discussed in the first blog in the series. They can now be readily upgraded and integrated with the controls systems to support pre-commissioning controls checkout, adding substantially more benefits.

Even for those companies that didn’t give thought at the design phase to do model development, there is still an opportunity to reap the benefits with a little foresight and planning. The controls design and dynamic simulation can happen in parallel – so don’t believe the naysayers who say that non-linear High-Fidelity simulation cannot fit into the always compressed timelines around controls design and startup.

This early identification and resolution of controls issues in pre-commissioning has a dramatic impact in terms of shortening the commissioning time in the plant and ensures that a plant will be on-line sooner. Here’s an example where a power company saved an estimated $1 million dollars by performing  a Controls Pre-commissioning Checkout.  Intermountain Power Service Corporation purchased a simulator upgrade as part of a DCS upgrade project to help prepare operations for the new user interface and control logic changes.  After implementing a controls checkout using Schneider Electric’s SimSci DYNSIM product, the plant identified and fixed critical errors prior to going online.  Read the complete success story to learn more about their challenges and the results.

In the first blog of this series I highlighted the potential returns on investing in modeling early on in the project lifecycle. The same model has now become an asset and added extra value prior to plant commissioning by being utilized for controls pre-commissioning. The journey isn’t over yet. Please read the next blog in the series to learn about the additional benefits that can be realized by taking the controls checkout system and using it to train your operations staff. Operations staff directly impact safety, profitability and plant availability. Highly competent and skilled operators will maximize all three.

What Good is the Eiffel Tower in the Middle of Your Refinery?

Was Your First Day on the Job Nothing Like College?

Virtual Reality – Step Into the Future of Plant Crew Training

Increased efficiency from multiple user access to a single simulation