Earlier this year, the most technologically advanced hotel in Israel opened its doors to the public: the Sofia Sea of Galilee Hotel. It features 120 rooms with touchscreen controls, smart and integrated power systems, and a building management system (BMS) platform that, as the owner says, has turned data “into money.” 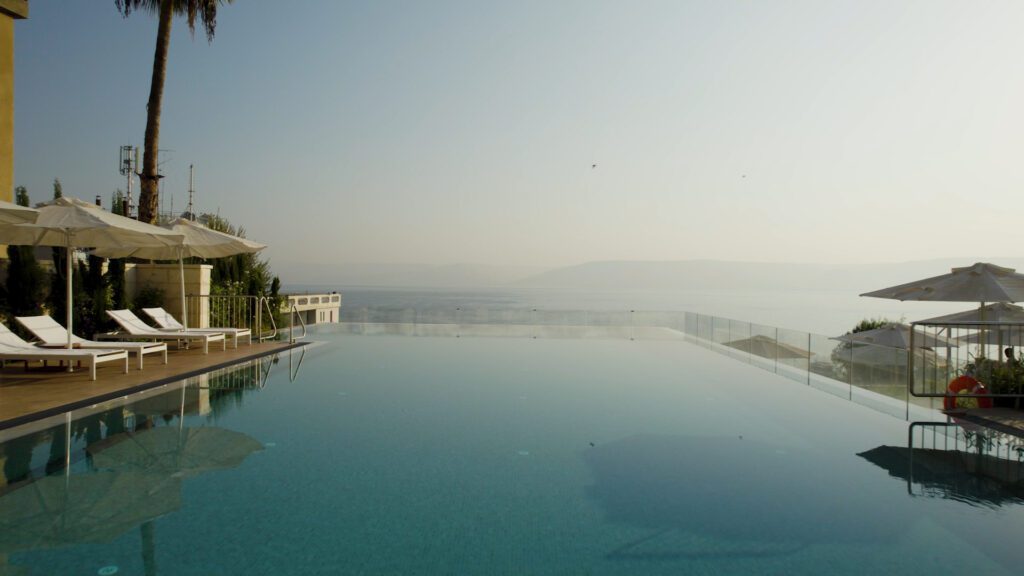 What makes this hotel especially interesting is that it’s built on a structure dating from the Ottoman Empire, and this history is preserved in details like the original tiles from Damascus that adorn the lobby. The hotel is a striking combination of old and new, demonstrating that the potential of smart buildings has no limitations. If a historic structure like this can become a building of the future, then why not any building?

There are many reasons for the success of such an ambitious project, but I want to focus on three factors that are important not just here but in every building construction or retrofit: vision, technology, and partnerships.

Vision from the top

First, someone needs to drive the project, someone who understands the potential of digital transformation in their particular building industry.

For the Sofia Hotel, that person was the owner, Raul Srugo. A prominent Israeli businessman, he made it his goal to build a hotel of the future, taking advantage of the latest technology to create the most comfortable guest experience possible combined with the most advanced management tools.

As Mr. Srugo has said, he wanted to create “a boutique hotel that brings the past, present, and future together.”

Obviously, a “building of the future” needs best-of-breed technology throughout. But more than that, it requires integrating this technology – apps, sensors, controllers, reporting, and all the rest—into one seamlessly operating smart building.

Ezra Cohen, Schneider Electric’s lead representative on the project, and his team developed a detailed prescription showing exactly how the hotel could achieve its goals by building on the EcoStruxure for Hotels platform, the IoT-enabled, open solution designed specifically for hotels. When Mr. Srugo saw what it could do, he was convinced. “It creates an ecosystem,” he says, “allowing maximum control over the hotel [and] easy integration with any hotel system.”

With it, the Sofia Hotel is able to provide a luxurious home for guests, with touchscreen controls that put all the features of the hotel at their fingertips. For management, the capabilities include a powerful BMS solution with 24×7 visibility and control of every aspect of hotel operations. Even the swimming pool is included in the system, overseeing temperature and water quality at all times.

Partnerships: The EcoXpert program at work

A smart building like the Sofia Hotel combines multiple technology products, from smart room controllers and security systems to BMS and hotel management software. Bringing such diverse technology together is a major challenge and no single company can do it alone.

That’s why the EcoXpert program is so important. Ezra Cohen explained: “A project of this scope is challenging, so it helps to work with partners like Afcon Control and Automation. We’ve collaborated with them for many years and they’re EcoXpert Master Partners.”

Master is the highest level of EcoXpert certification available, and Afcon’s deep knowledge and experience enabled our two companies to work as one throughout the project. According to the owner, “The cooperation between Schneider Electric and its partners was exceptional.”

There was also teamwork within Schneider Electric, as Mr. Cohen reached out to the company’s Global System Architects and Engineering group in the U.K. to help develop the hotel’s guest room management system that includes full integration with Optima.

The end product, the Sofia Hotel, speaks for itself. Enter a room, and you’re greeted with welcome lighting, a comfortable temperature, and quiet background music. If anything in the room needs adjusting, just tap the appropriate icon on the built-in control panel.

Not only is does the Sofia Hotel provide an elevated guest experience, but the owner reports a 10% savings over projected energy consumption and maintenance thanks to the smart building technology. Schneider Electric’s Ezra Cohen thinks this is only the beginning: “The hotel team is still early in the learning curve. As they gain more experience, I think they’ll see even greater improvements.”

Few buildings can boast the history behind the Sofia Hotel, but every project can benefit from committed leadership, advanced technology, and effective partnerships—especially if that project is a building of the future.

You can read more about the Sofia Hotel project here.