The recent influx of technology and automation in the manufacturing industry has completely transformed the way we as individuals live. The concept of the Internet of Things has also played a major role in enhancing the concepts of home & building automation. For starters, it allows for different products to inter-link themselves through the internet and coordinate with each other by interacting on a digital platform. This practically increases their functionality by allowing them to carry out processes over and above their core scope. IoT is definitely the hottest trend impacting the ideation and implementation of power management systems and electronic devices. 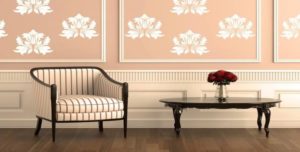 Post-Independence has seen a major shift in Indian architectural landscape. Indian homes have evolved and have become more innovative each succeeding year. Whether it’s modernizing or adding an antique look, home design has become a very important aspect of everyone. Depending on the varying taste the home owners choose different aesthetics while designing their homes. Let’s take a sneak peek to the history while styling and designing homes and how they have evolved over time.

Pre-Independence Era, traditional Indian homeowner used to account climate while designing homes. Older homes used to have spacious verandahs which ensure good air circulation in homes. This helps homes to be breezy at all the time of the year. This was apparent in all parts of India whether it is havelis in Punjab, Jharokha in Rajasthan, Red oxidized floor of Kolkata, Naalukettu homes in Kerala. However, in the post-independence era, electrical appliances such as fans and air conditioners have reduced the need for large open areas for air circulation. With the escalating prices of real estate, along with the increasing population, smaller and compact apartments are becoming more popular, at least in the urban cities.

The pre-independence era, which coincided with the invention of electrical switches & sockets saw the rise of switches which functioned on the ‘quick-break’ mechanism. There were a variety of different types of switches which hit the market which functioned on this mechanism – push button switches, old toggle switches, and illuminated rocket switches. As technology and automation have evolved, so has the face of switches. Modern switches consist of a host of added benefits – flat panels, sound-free regulators, light dimming switches, etc. These modern switches also nearly erase difficulties arising due to short circuits, over-heating, and electrical shocks.

As explained above, various forms of technology such as the Internet of Things have revolutionised physical infrastructure – be it in the form of residential, commercial, or industrial buildings. Nowadays, designers and builders have to be well-versed with these contemporary appliances and systems to integrate them into modern households. Some of the new-age elements that have contributed to the development of smart homes include:

One of the giants in the realm of electrical management which has spearheaded the transformation in the electric industry is Schneider Electric. The brand has identified the popularity of smart homes and urbanisation and has launched some truly unique products, especially new-age electrical switches, to augment our homes. Schneider has also recently launched an e-commerce platform, in order to offer customers convenient and easy online solutions.