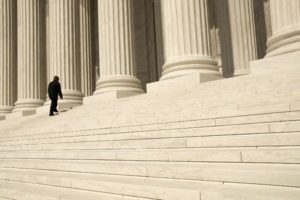 The mind is willing but your capital funding is weak – or non-existent. This can be a familiar predicament for federal government IT executives who are tasked with consolidating data centers and saving on energy costs, but aren’t always provided the necessary funding.

One creative way out of this box is to finance a data center consolidation through a Department of Energy option called an Energy Savings Performance Contract (ESPC). Authorized by the Energy Policy Act of 1992, ESPCs were not designed with data center consolidation in mind but have been used for that purpose since 2011, initially at the suggestion of Doug Bourgeois, vice president and chief cloud executive with VMware.

Through the use of an ESPC, federal agencies are able to undertake energy-savings projects, including data center consolidations, without first having to secure capital funding or special Congressional approval.

The ESPC is established between an agency and a specially designated Energy Service Company (ESCO). After consulting with the agency and drafting a detailed energy-savings plan, the ESCO secures the necessary funding and executes the project. The ESCO guarantees that enough energy will be saved over the term of the contact – which can be up to 25 years – to pay for the project. Any additional savings become a bonus for the agency.

ESPCs can be used in conjunction with capital dollars if such funds are available. An ESCO may also help identify other potential funding sources, such as reduced operational and maintenance costs, as well as utility and tax incentives.

The DOE itself was first to use an ESPC to consolidate data centers when in May of 2011 it issued a Notice of Opportunity for a project that would encompass data centers, server rooms and office automation at the DOE headquarters in Washington, D.C. and a DOE facility Germantown, Md. The goal was to consolidate into one energy-efficient headquarters.

In short, ESPCs have proven to be invaluable when it comes to getting consolidation and energy-saving projects off the drawing board and into production, especially when capital dollars are scarce.