Lately I’ve explored different ways we’re enabling digital transformation for businesses. Schneider Electric Exchange is one part of that story. Another part lies in developing tools to better integrate the software and control systems in an Industrial Operation. To explain how and why, we first need to go back to 1969 when the first programmable controller was invented for the automotive industry by Modicon. 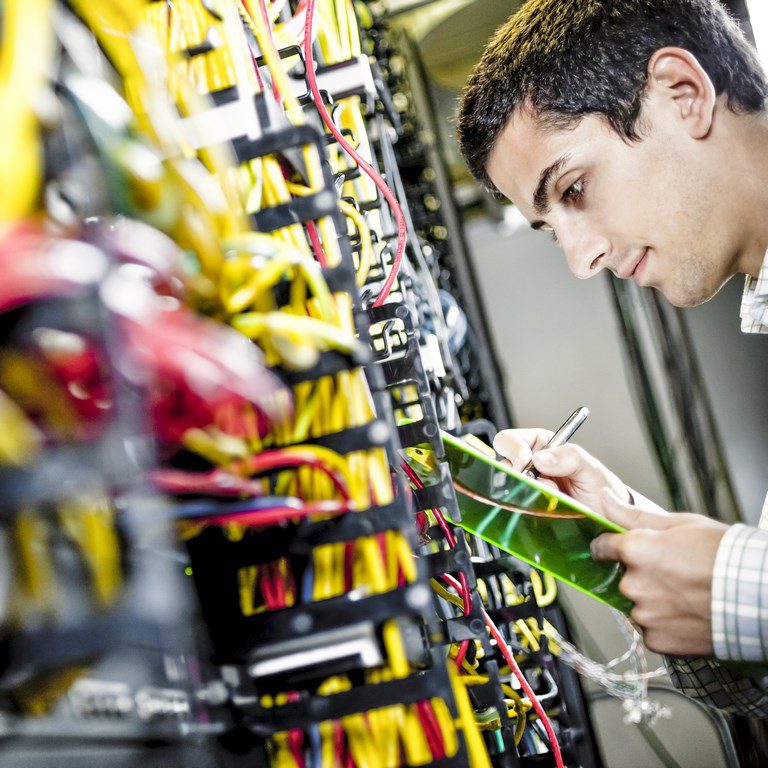 At the time, making system changes for annual vehicle model updates was a lot more complicated and time consuming. Reconfiguring thousands of wires in massive relay panels was a tedious, error-prone process, and trouble-shooting errors during production was difficult, time consuming and costly. The invention of the PLC marked a new era of industrial automation, and thanks to Modicon’s legacy, we no longer need to spend time or money rewiring these huge banks of relays.

However, setting up an Industrial Automation system or making changes to it still takes a fair amount of work. Consider the example of a control system for a water network or food processing plant. The plant control, supervisory and other system components need to be configured for each asset. This takes several hours of engineering, not only when the system is first built but also during its entire operational lifecycle when changes need to be made.

Bottomline, even with today’s control technologies there is still a fair amount of time, money and risk involved. It’s time for the next new era of automation: zero engineering.

Zero engineering may sound ambitious, but as the aim is to reduce commissioning time and increase the agility of industrial businesses, it’s the logical next step – or leap. We have so many of the ingredients to make this possible now.

We’re already using digital assets throughout industrial processes, both during the design phase,  to simulate an entire plant in the virtual world (the digital twin) and then later during the operational phase, to glean business insights from process data and try out the effect of any process changes before we make them in the real world.

So why not attach design information with these assets in the virtual world?

Each digital asset, along with its electrical, control and mechanical designs, could then be assembled in the virtual world to make a complete plant control system.  Then in the real world, all you would need to do is drag and drop objects from a library and allow the system to automatically connect and configure them. This could all be done at the same time and using the same digital model developed as the process’s digital twin during the design phase.

Once the operation is running, you could even go back to the virtual domain in the form of the digital twin to simulate any changes and virtually test effectiveness and ROI before committing to them.

Towards zero engineering: putting the stepping stones in place

It all sounds easy, right? Well, maybe not quite yet but we’re making progress by building more integration into our control and software solutions. And while fully automated Industrial engineering isn’t quite here yet, our integrated Modicon and AVEVA solution is an important step towards bringing its substantial benefits to industries. Well, at least as far as the control and supervisory systems are concerned.

As such, control and supervisory objects are linked early in the design phase. When a new asset is required both these systems are selected and deployed together. They’re linked during design and this linkage remains throughout the lifespan of the system, meaning:

At a time when uncertainty is high, this is all very appealing. Today these measures could even be a matter of survival. With object-based engineering and the digital twin already in use, the reality of the Digital Asset is moving ever closer – as is the goal of zero engineering. EcoStruxure Control Expert – Asset Link makes this important connection between control and supervision. And our integration solutions already support a higher level of flexibility and efficiency for industrial operations.

Find out more in this whitepaper from Frost & Sullivan.

Bringing digital transformation within reach of our customers

How remote management can help you recover, rebound and rethink industrial operations

How to manage your portfolio of Industrial assets to maximize returns