If the cost of all the accidents were totalized the result would be billions of dollars, here are some examples:

Safety regulation entities were created as a result of certain accidents and have been evolving and extending through the years:

*   DuPont (USA) 1818: An explosion at a gun powder factory killed 40 people and $120K in damages. As a result they became pioneers on “Safety is a Management Responsibility”.

*  Flixborough (UK) 1974: The safety regulation, Control of Major Accident Hazards (COMAH), was created and at first it excluded offshore, but after the Piper Alpha offshore accident the regulation was extended.

*  Bhopal(India) 1984: The US chemical industry formed the Center for Chemical Process Safety (CCPS) within the American Institute of Chemical Engineers (AIChE).

We have learned from these catastrophes and many entities have published recommendations and regulations as a result (OSHA, IEC, ISA, ANSI, CCPS, HSE and more).

After all the investigations of the accidents to determine the conditions and circumstances which led up to the events and to identify the cause or causes so that similar events might be prevented, some conclusions for safe plant operations were developed:

Those conclusions are embedded in the Safety Instrumented Systems standards throughout the “Safety lifecycle”.

In 1996 the International Society of Automation (ISA) published the first version of ANSI/ISA 84.00.01-2004 “Application of Safety Instrumented Systems (SIS) for Process Industries”.  A second version was approved in 2004 (only addition with “Grandfather Clause”).  OSHA recognized this standard as a good engineering practice (RAGAGEP) for establishing SIS under PSM.

Under the International Electrotechnical Commission (IEC), an international committee worked on a SIS standard. The IEC 61511 standard Parts 1-3 ‘Functional Safety: Safety Instrumented Systems for the Process Industry Sector’ was published in 2004.  Experts involved in ISA-SP84 were also involved in the IEC61511.

What else can we learn from looking at the history of “safety standards”?  I am very interested to hear your thoughts on safety in the Process Industry.

My Vision of a Safer Industrial Future

Freud was Right: Accidents are Avoidable

Why use the same controller to manage process and safety systems? 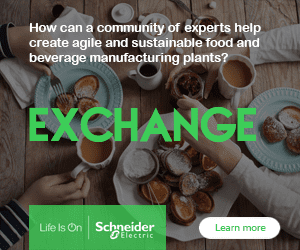