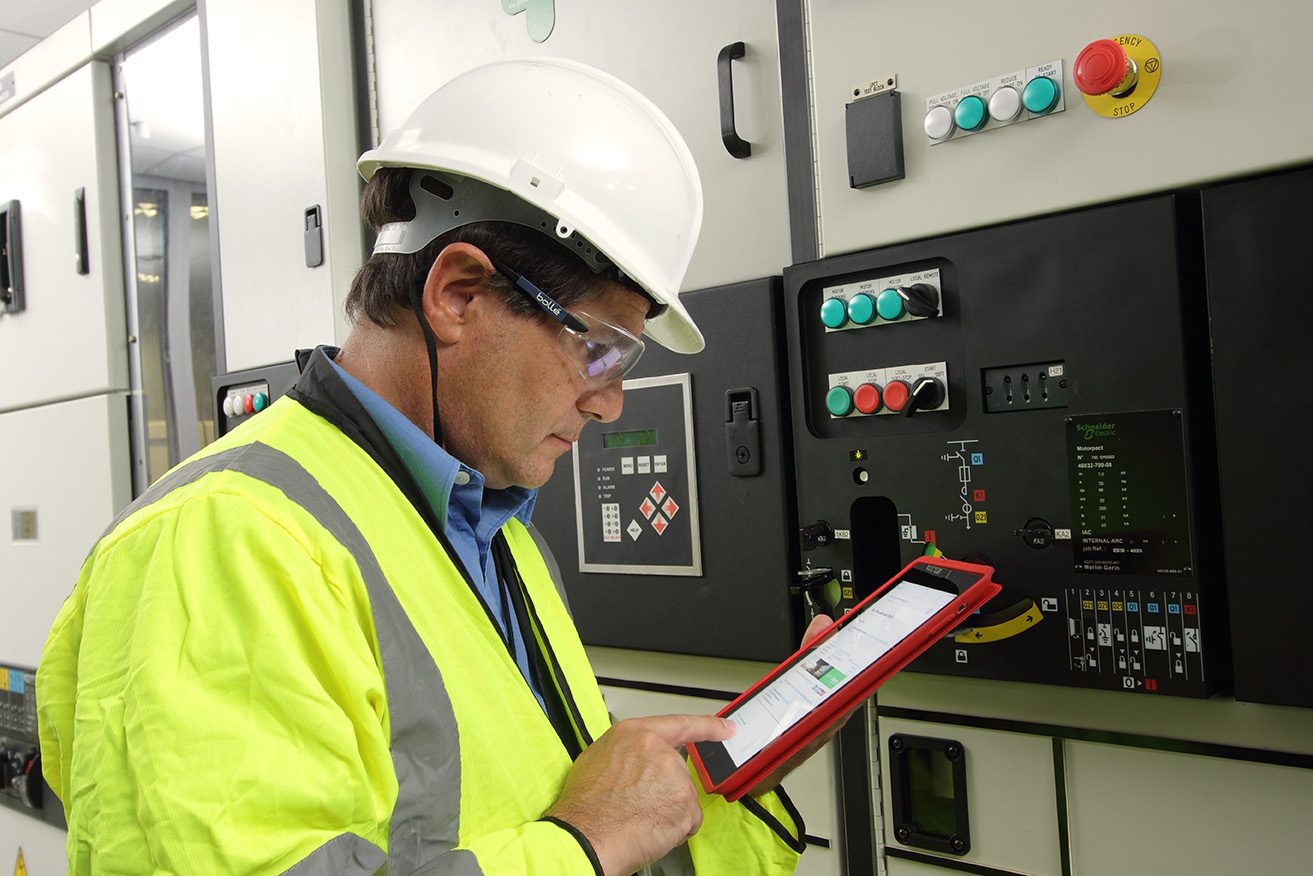 According to the U.S. Bureau of Labor Statistics (BLS), over the last several years, the rate of arc flash incidents has steadily declined. Thankfully, progress in standards, increased educational awareness, and advanced technologies are helping to make work environments safer. However, arc flash incidents still can occur, placing anyone working near energized equipment at risk. In 2017, the United States saw 1,000 injuries and 134 fatalities due to arc flash accidents, with 80 percent of the incidents resulting from human error.

Switchgear, switchboards, and electrical panels are all potential sources of arc flash incidents. However, in manufacturing sites, facility teams are more engaged with Motor Control Centers (MCCs) than any other LV distribution equipment. According to the IEEE standards organization, MCCs are the second highest source of arc flash incidents among electrical distribution systems causing injury. In the case of any issue surrounding a motor, operators typically perform physical inspections and are exposed to energized parts.

As noted in my previous post, traditional systems handle this MCC issue by using passive systems like internal arc resistant protection. Such systems do not reduce the arc flash incident energy (AFIE) level, but perform internal arc containment within a particular enclosed space. This protects the person working nearby should the arc flash occur. In addition, it is common to scan the MCC equipment with info-red scanning (IR) once a year to determine if there are any loose connections or other abnormalities. This approach requires the physical interaction by a worker, which can lead to human error.

Schneider Electric incorporates National Fire Protection Association (NFPA) guidelines and a new “Safety by Design” approach to minimize workplace arc flash risks. The “Safety by Design” concept considers all possible causes of arc flash incidents during the product design development phase. Our engineers are focused on the mindset of “how can we prevent an incident in the first place” when developing new MV and LV power distribution products.

Here’s how the proactive approach works:   A thermal sensor, such as the Easergy TH110, inside the device continuously collects temperature data to determine whether the system is experiencing any abnormalities (like a trending toward hotter temperature) that could potentially lead to an arc flash. That data is then run through a predictive analytics algorithm in EcoStruxure Asset Advisor software and the operator can access that data through a remote app. Under such a scenario, the thermal sensors replace the need for regular IR scanning (which needs to take place in close proximity of the equipment) and enables the operator to stay outside of the arc flash boundary zone. The operator can also employ preventive, conditions-based maintenance before any arc flash can manifest itself.

Why the new technologies are a unique “game changer”

There are several advantages to this dual approach of arc flash management. It combines passive protection (which means protection does not have to be turned off and on by an operator) and active protection (the AFIE is reduced if an arc flash does occur) methods and minimizes the risk at the source. This approach protects people even if they are exposed to energized parts, and it protects assets from catastrophic destruction (which helps to maintain service continuity of business processes).

The system accomplishes this dual protection by isolating the line side of the power distribution (which generally produces a higher occurrence of arc flash incidents) from the load side (which is protected by the main breaker). Fuses and breakers require a clearing time (the amount of time it takes a circuit protection device to clear a fault). The length of that clearing time is a major influencer of the AFIE level. This system is architected to minimize clearing time, thereby reducing the AFIE level. Since ArcBlok technology mitigates arc flash energy levels independent of upstream protective device clearing times, changing dynamics within the power system will not affect the MCC equipment as it pertains to arc flash protection.

Marketplace changes are being reflected in new standards

Many codes and standards are currently being updated to accommodate digitization and changes in power distribution applications. NFPA and NEC, for example, are issuing a new code of standards every two years and IEEE is adapting new arc flash compilation methods. In fact, in 2020, there is an anticipated change to NEC.230.62(C): Barriers, which plans to state, “Barriers shall be placed in service equipment such that no uninsulated, ungrounded service busbar or service terminal is exposed to inadvertent contact by persons or maintenance equipment while servicing load termination.” In addition, the following new language will likely appear in the 2021 edition of NFPA 70E, Annex O.2.3(5): Energy-reducing line side isolation — “Equipment that encloses the line side conductors and circuit parts and has been listed to provide both shock and arc flash protection from events on the line side of a circuit breaker or switch.”