Most of today’s electrical workers recognize that there are two primary hazards when dealing with electricity: shock and arc flash.  While many people have experienced some level of electric shock, luckily for most of us, it was mild.

However, according to Annex K of NFPA 70E: Standard for Electrical Safety in the Workplace®, there are about 1,000 electrocutions each year (electrocution is a fatal electrical shock).  That is an average of 2-3 people per day, every day.  And, while relatively few of us have been exposed to an arc flash event, each year there are approximately 2,000 people admitted to burn centers with severe arc flash burns.  That’s an average of 5-6 every day.   In most cases, these incidents could have been avoided by using safe electrical work practices. 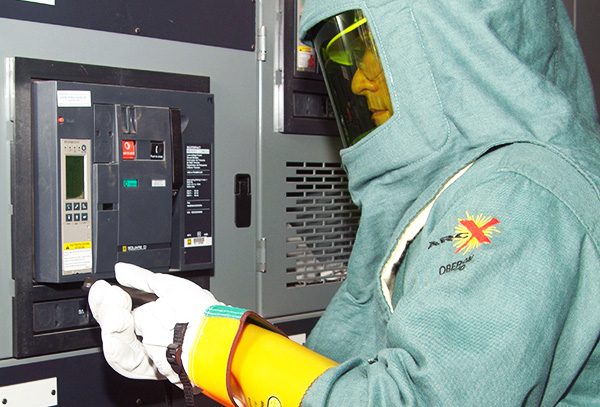 A risk assessment is a procedure which identifies hazards, assesses risks, and implements risk controls according to a hierarchy of methods.  Interestingly enough, personal protective equipment (PPE) which is often the first thought related to safety, is actually the last item on the list of 6 risk control methods listed in 110.1(G).

In the context of dealing with electrical hazards, risk is usually defined as the combination of two items – the likelihood of occurrence and the severity of an injury.

The likelihood of occurrence can clearly vary with the task that is being performed, whether it’s the operation of a circuit breaker handle, removal of bolted equipment covers or voltage testing on energized conductors.   Equipment condition is also a factor, since the likelihood of occurrence increases when electrical equipment is not properly rated or maintained.  Because of this, documentation of the proper equipment maintenance is a must-have for electrical workers.

Severity of an Injury

Once the incident energy level is known, equipment should be marked according to NFPA 70E requirements in 130.5(D).  This helps future workers quickly identify the incident energy level when they are examining, adjusting, servicing, or maintaining electrical equipment.  Having knowledgeable, qualified people to perform the system analysis and create the markings is critical.

Clearly the concept of electrical safety is founded on the ability to recognize the hazards associated with electrical energy and then take the necessary precautions to avoid those hazards.  A risk assessment is the tool that is used to accomplish this – it is quite possibly the most important tool you can have when working around electrical equipment.

Risk and NFPA 70E in Healthcare