When it comes to renewable energy, companies might feel a little like a contestant on “The Bachelor.” 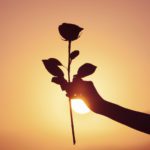 Like the lead on the popular reality-TV program in which one man (or woman if we’re talking the “The Bachelorette”) must choose a spouse from dozens of candidates, sustainability officers and directors are asked to follow through on their company’s sustainability commitments and find the right renewable energy source from an ever-growing list of options.

In both cases, the clock is ticking.

Over the last several years, the price of renewables has dropped and incentives have grown significantly. This means in some areas renewable energy can be purchased up to 70 percent cheaper than traditional sources. And while renewables used to be a “nice to have,” they’ve quickly become a “must have.” That’s thanks to new initiatives such as the Clean Power Plan, the U.S. effort to cut carbon emissions 32 percent below 2005 levels by 2030. See also the European Union’s Renewable Energy Directive.

These trends and regulations, combined with increasing public pressure for companies to be more sustainable, have led approximately 60 percent of Fortune 100 companies to make renewable energy commitments — a number that continues to climb on an almost monthly basis.

And, ultimately, the proof lies in the growth of renewable resources. In 2015, renewable energy accounted for 20 percent of the U.S. power fleet, with 222GW of installed capacity across the country — a 57 percent increase over 2008 levels, according to Bloomberg New Energy Finance.

As renewables increase so do the options and incentives available; there are more paths to carbon reduction than ever before. Like “The Bachelor,” today’s executives are challenged to sort through the “attractive” contenders to find the right fit for their company’s sustainability vows, not to mention bottom lines.

Increasingly, the answer is Power Purchase Agreements (PPAs) — coupled with an advisor to help find a credible developer, financier and other affiliated partners. As the name suggests, a PPA is a long-term agreement to buy power from a renewable energy supplier. Third-party capital provides the means to build the renewable resource. The PPA provider then assumes all risks and responsibilities of ownership, including operation and maintenance, while PPA purchasers are only responsible for buying the electricity produced.

Equinix, which delivers data center services to companies across the globe, offers an example of how well PPAs can work. The company has set progressive sustainability goals, including renewable energy commitments.

Working with Schneider Electric, Equinix purchased 105 megawatts (MW) of new solar power to cover its facilities in California. It also contracted with developers in Texas and Oklahoma, buying a combined 225 MW of wind capacity. Through a PPA-structured approach, the company procured enough renewable energy — 330 MW in total — to power more than 85,000 homes.

The PPAs nearly tripled the amount of electricity Equinix gets from renewables, from 30 percent in 2014 to more than 80 percent. Together, these agreements will provide 100 percent renewable energy coverage for all of the organization’s data centers in North America.

At the end of the day, Equinix is extremely happy with the matchmaking we’ve accomplished together.

Finding the best renewable energy catch can be confusing, but getting it right means an engagement that’s advantageous for everyone involved.