A new package from Brussels includes a proposal to move the electricity industry away from the use of fluorinated greenhouse gases like sulfur hexafluoride (SF6). This latest package recognizes the fact that if we want our electricity to become truly green, then removing F-gases is a fundamental step that needs to be taken quickly.

What is the issue with F-gases, and SF6 in particular?

F-gases are man-made greenhouse gases (GHG) that have a large carbon footprint, which contributes to global warming. They’re used in a wide range of industrial applications, including refrigeration and air conditioning equipment, medical applications, and electrical equipment.

SF6 is the most potent F-gas, in fact the most potent GHG of all, and has a global warming potential (GWP) that is 23,500 times higher than CO2. It has been used for decades in medium voltage (MV) switchgear, which is incredibly common electrical equipment that also has a long lifespan, up to 30 years. SF6 has been the go-to gas for switchgear because it’s non-toxic, stable, and provides a reliable, high-performing, and economical solution for electrical insulation and current interruption.

But its major environmental downside cannot be ignored any longer, and this is what the EU is recognizing now. 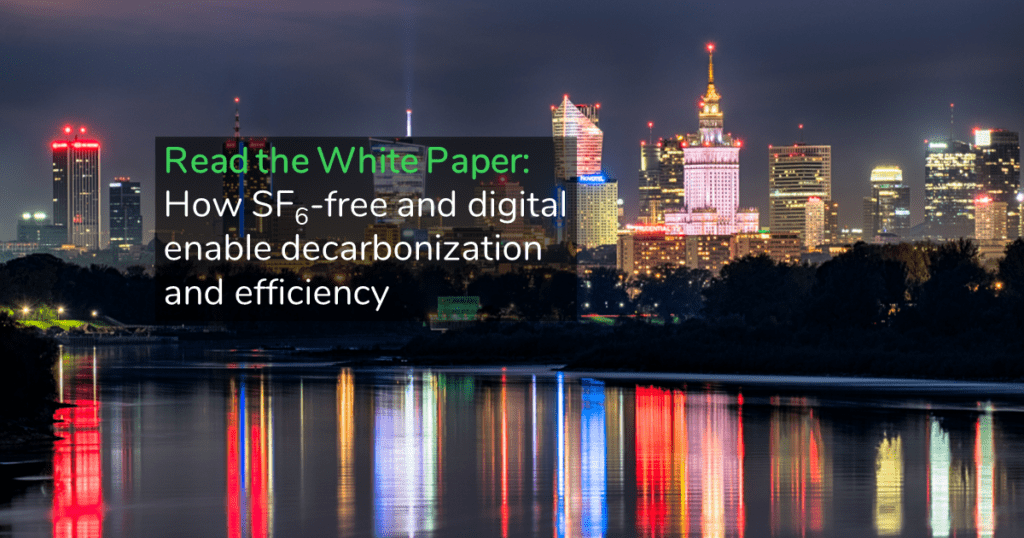 But aren’t F-gases like SF6 already regulated in Europe?

Yes, to some extent, but not for every application. Certain existing regulations in Europe and other parts of the world already address the monitoring, reporting, and recovery of f-gases. The EU has adopted two legislative acts to reduce f-gases: the F-Gas Regulation, which is an EU-wide hydrofluorocarbon (HFC) phase-down aimed at reducing F-gas emissions and mitigating global warming, and the passenger car-specific MAC Directive.

SF6 in particular has already been banned in the EU under the F-Gas Regulation, except in the industries where there were few suitable alternatives available, especially the electricity industry.

What’s changed that makes it possible to move beyond SF6 in electrical equipment?

Because now we can. There is no longer a technological barrier to eliminating SF6 in MV electrical installations. There is also no need to use any other fluorinated gases to replace SF6, since they could have unknown risks or be subject to other legislation down the road.

I’m proud that at Schneider Electric, we’ve moved beyond F-gases. We’ve innovated beyond SF6 with replacement technology that is already available and proven. Rather than using SF6 or an alternative F-gas, we’re using pure air and vacuum technology for insulating and breaking. SF6-free MV switchgear is a superior choice not only for the environment, but also for operational safety, which is always our first priority, where we are never willing to compromise. After that, we also see big improvements in ease-of-maintenance, end-of-life treatment, functionality and performance, not to mention future policy compliance.

My company has spent a decade testing it and perfecting this new SF6-free equipment before rolling it out to customers, such as E.ON, EEC Engie, and Green Alp, over two years ago.

How will the EU’s policy affect those who use MV switchgear?

As I see it, the EU’s policy proposal will bring big benefits to stakeholders with minimal inconvenience. That’s because SF6-free MV switchgear like ours, which uses pure air instead of SF6, has the same positive characteristics of traditional switchgear, such as high performance and a compact physical footprint. Also important for users is its lower total cost of ownership thanks to a much longer equipment life.

Let’s take a look at some specific sectors that will be affected:

Where can we learn more?