Surge Protective Devices (SPDs) come in all shapes and sizes. They could be point of use devices found in power strips, Whole-Home or commercial units. However, they are not all created equally. Some may last a few years, while others may still be working after decades of use.

So, what is the working life of a surge protector? The short answer is that it depends. It depends on a variety of factors from environment to product protection (kA) ratings, and even installation practices. The main causes for reduced life of SPDs are noted below.

Excessive surge currents can degrade or damage an SPD. Very large surges could be induced when lightning strikes occur near to or directly onto a building. While SPDs are designed to reduce excess surge voltage, they are only designed to divert high current up to their kA ratings.

When the Maximum Continuous Operating Voltage (MCOV) is exceeded, the SPD will attempt to divert or shunt as much current as possible to ground or back to the source.   If the device is unable to manage all the current presented by the surge, the heat generated could possibly damage or destroy the metal oxide varistors (MOVs) within an SPD.  If the MOV is compromised, the remaining surge current could travel towards sensitive equipment, causing further damage downstream.

To reduce the effect of excessive surge events, you may install a larger rated SPD. SPDs can offer surge current ratings from less than 20kA, up to several hundred kA. Generally, the higher the kA rating, the longer the life span. 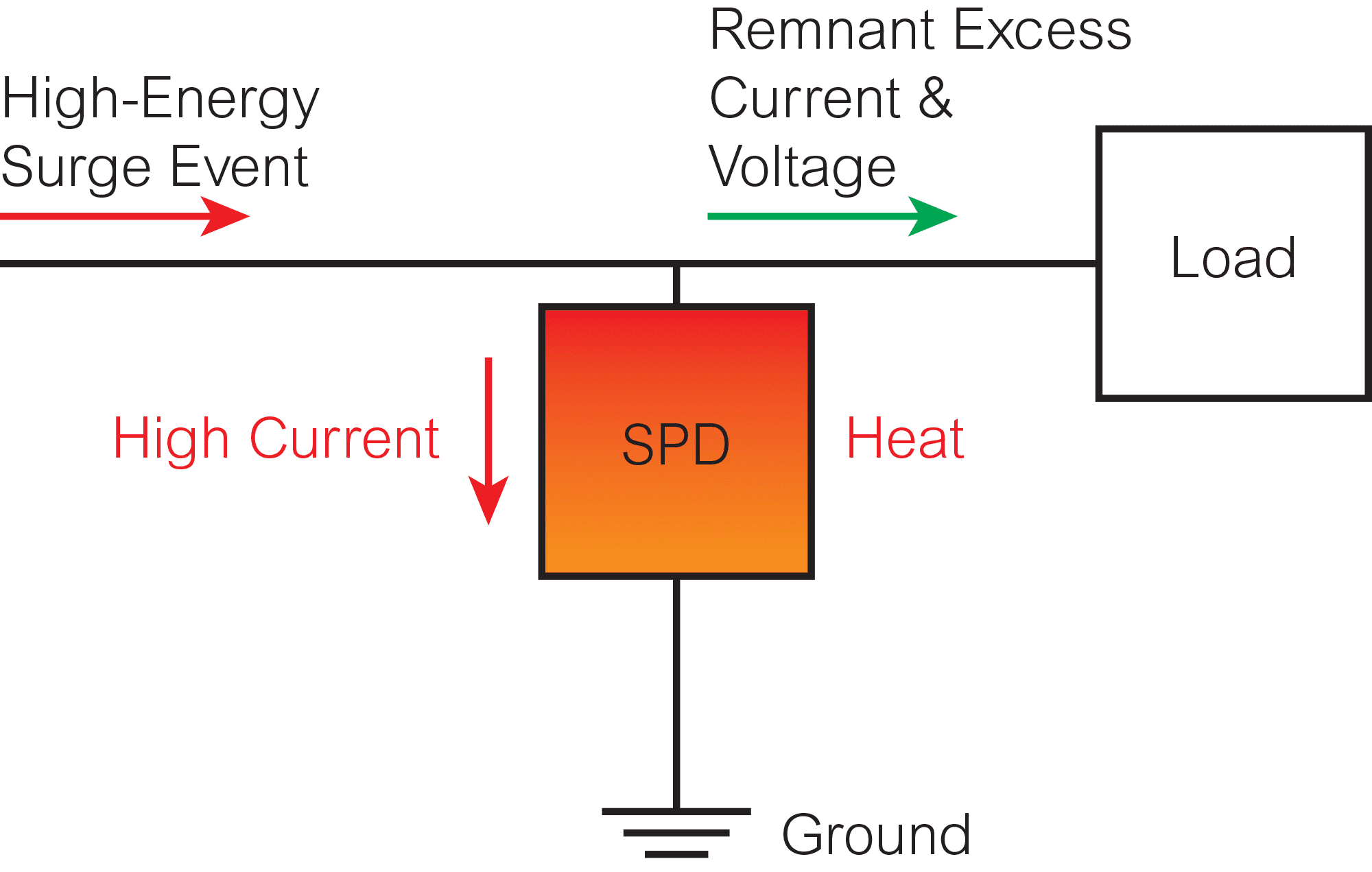 Because sustained over-voltages produce heat that SPDs are not designed to dissipate, they can overheat internal components, leading

to damage, loss of protection, and in the worst cases, risk of fire. Many manufacturers use temperature fused MOVs, which will open the circuit if the MOV heats up too much. This will mitigate the chance of fire.

Electrical surges routinely occur on most power distribution systems for multiple reasons. Surges from external sources such as lightning and utility switching are commonly recognized as sources of surges. However, the majority of surges originate inside buildings from sources such as capacitor and motor switching. While many of these types of surges may be relatively small, repeated exposure to these surges will degrade MOVs over time.

Surge protective devices routinely provide effective protection against transient voltage events. However, repeated exposure to electrical surges can degrade SPD components and their performance. Specifiers can use the following strategies to account for these effects: