Home Energy Management Electricity Companies What Is the Difference Between Direct and Financial (Virtual) PPAs?

The main component of this learning curve is to understand PPA deal structures. There are two main ways that a PPA can be structured: direct (also known as retail-sleeved or physical) or financial (also known as virtual or synthetic). The degree of climate impact and economic favorability of the deal depend on the type of PPA structure an organization chooses.

While these deal structures produce a similar result — a long-term contract between a renewable electricity supplier and a creditworthy offtaker — there are several important differences that corporate buyers should be aware of.

A direct PPA is an agreement made between a renewable energy generator and an end user in which electricity produced by a wind or solar facility is physically delivered to power the corporate buyer’s operations. Because the corporate offtaker actually takes title to the energy produced in this type of deal, the final price for delivered power is a function of the contracted PPA price plus transmission-related expenses.

In exchange for agreeing to offtake power for a fixed amount of time, corporate buyers of direct PPAs lock in stable energy rates for the renewable energy purchased over the contract term and earn the straightforward, compelling story of how their company runs on clean electricity. Energy market regulation and differences in markets across the country present drawbacks to this deal structure, though. 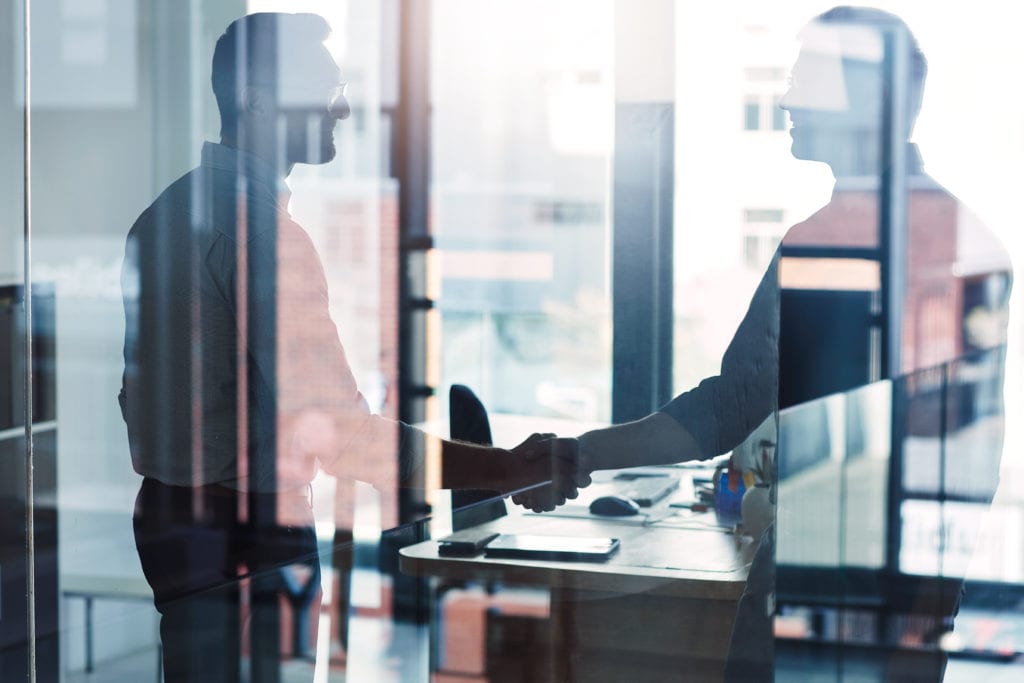 For a direct PPA to be possible, in general, the generating facility and the company’s operations must be located within the same grid region. Furthermore, only companies with operations in deregulated retail states can engage in this deal structure.

As only a handful of states have deregulated retail markets — and because most large companies have facilities across multiple grid regions — direct PPAs can constrain the extent to which corporations can procure renewable energy at scale.

Financial PPAs, like direct PPAs, are transacted directly between the generating facility and the corporate offtaker, but the crucial difference is that no renewable power is physically delivered. Consequently, instead of routing renewable power to the offtaker, the generation facility sells their renewable power directly to the grid and receives the open market price. The project developer pays the difference to the offtaker when the agreed-upon PPA price (or strike price) is below the market price and vice versa.

The financial component of this structure, which is often a significant motivator for corporate offtakers to engage in PPAs, is known as a contract for differences or a fixed-for-floating swap.

Upward Trajectory of Cost of Electricity

While there is an inherent element of risk in recognizing that future electricity prices are uncertain, a 100-year historical trend of upward prices paired with future price predictions indicates that electricity is likely to become more expensive in years to come. Further, renewable energy PPAs in many markets in the U.S. can be locked in at rates below the current production-weighted traded market price for electricity. This means that, barring the electricity markets dropping in price from where they are today and remaining there for the duration of the PPA, cash flows are likely to move toward the corporate offtaker more often than the other way around.

Additionally, corporate offtakers of both direct and financial PPAs can opt for a bundled PPA deal and retain environmental attributes (Renewable Energy Credits in North America) associated with the project’s energy production. With this option, corporations with sustainability targets in addition to financial savings goals can address both outcomes using a PPA.

Financial PPAs are often more flexible than direct deals and therefore appeal to many corporations because:

Considering PPAs for your Business

Although PPAs are an efficient way for many organizations to reduce their operational emissions, they are highly nuanced and require significant market awareness to return the greatest benefits.

Considering a PPA for your company? Dive deeper into this strategy by downloading our white paper, Accelerate Your Energy Strategy with Power Purchase Agreements.