Colocation providers have to anticipate the growing colocation market will bring both challenges and opportunities. I had a chance to speak directly with customers at our annual meeting last Fall (held by the International Colocation Club) and I learned more about their expectations of these impacts. These three critical topics were raised: energy efficiency, power reliability in new geographies, and the adoption of new technologies. 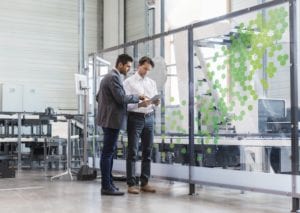 Energy efficiency remains top of mind for colocation providers. While most attendees said they were in the early stages of establishing goals around renewable energy use, interest was notably high.

Cost reduction is one attractive reason, as prices for renewables including wind and solar have fallen dramatically over the past decade, making it competitive with more traditional fuel sources in many parts of the world. Additionally, as countries strive to meet the goals set out in the Paris Agreement, some are enacting laws mandating various levels of sustainability by certain target dates. In the United States, which is in the process of pulling out of the Paris Agreement, individual cities and states are doing the same, including New York City, which has passed the Climate Mobilization Act (CMA), with a goal of being carbon neutral by 2050.

There’s also a growing interest in on-site power generation. In some geographies, such as the Northeast U.S., on-site power generation makes sense to combat the high cost of utility power while in other regions it’s a way to deal with either a lack of available power, unreliable power or delays in getting power where it’s needed. California encompasses nearly all of the above, as companies there are using on-site generation to deal with long blackouts that are being enforced to combat the risk of fire from utility equipment.

The issue of energy production is intrinsically tied with data center growth, especially when that growth is coming in areas where reliable access to electricity is a challenge. We’ve been hearing warnings about this for at least a couple of years now. I recall a presentation at a Colocation Club event in 2018 where the need for on-site power for data centers that support mobile users in remote areas, such as Southeast Asia that often lack reliable power, was discussed.

More recently, colocation providers say concern about government stability in some areas overrides all issues. That’s not surprising given the unrest we’ve seen in various spots around the globe; unpredictability is the enemy when it comes to data centers and that starts with the ability to get it built in the first place.

Ultimately, new locations are influenced by customer demand. In many cases, it’s hyperscalers identifying the demand and then turning to colocation providers to help them meet it. The opportunity is there. The hyperscale data center market is expected to rise from $20 billion in 2018 to $65 billion by 2025, an increase of 225%. At the same time, data traffic within their data centers will quadruple to account for 55% of all data center traffic, according to Global Market Insights.

Internet Giants are known as early adopters of emerging technology – and we know they are good indicators to further momentum. For instance, lithium-ion batteries for UPSs continues to take hold. The economics make too much sense to ignore. When you have batteries that last around 10 years vs. 3-to-5 years for traditional lead-acid batteries, it brings the total cost of ownership down dramatically. Factor in the smaller size and lower weight of lithium-ion UPSs and it almost becomes a no-brainer for colocation facilities that are trying to wring more IT space out of their facilities (which I assume is all of them).

Liquid cooling looks to be a bit of a longer-term play, but as the power and density of chipsets continues to rise, I suspect colocation providers will be taking a closer look. Here again, the benefits of liquid cooling also extend to reduced energy consumption and significant savings in space. Check out more in White Paper 279: Five Reasons to Adopt Liquid Cooling.

One thing is certain: as we enter a new decade, there’s no shortage of trends to keep up with and opportunities for efficiency and increased profit. Be informed with our quarterly newsletter or access additional resources on our colocation resource site. You’ll find industry research and customer stories that offer interesting perspectives on innovative technologies and sustainability practices that drive business growth.