In the discourse around energy and climate, it is often said that energy efficiency is the cheapest, cleanest and most abundant source of energy. The premise being: Energy is not used, therefore it does not need to be generated, transmitted or distributed – a Nega Watt (negative of a Mega Watt) – a term coined in 1989 by Amory Lovins of Rocky Mountain Institute. 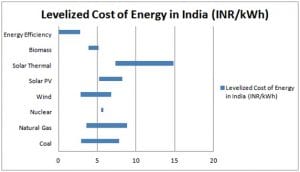 So, while this works in principle – and in practice – for developed economies; does this position make sense for an emerging economy, where the challenge is usually of an energy deficit (more demand than supply, or more energy imports than consumption)?

Let’s consider the case of India here, as an example.

Given this context, is it even morally right to talk about energy efficiency first, for India? Well, as it turns out, it still makes perfect sense to prioritize energy efficiency at the end use, as a source of energy, even in India.

To better understand this, let’s consider the energy efficiency opportunity (the difference between best practice energy performance and business as usual) across sectors in India. Best-in-class o 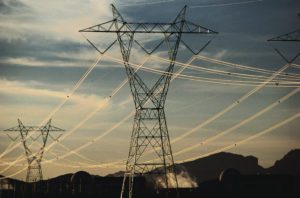 ffice buildings in India consume 60-80% less energy than business as usual. Best-in-class hotels and hospitals consume 50% less energy than average. Even a best-in-class steel plant consumes 30% less energy than its run of the mill counterpart. While it’s easiest to capture this opportunity cost-effectively (with no added costs) in new projects; even in existing facilities, at least half of this opportunity can be tapped with a compelling business case (2-3 years effective simple payback). There is a caveat here though – it needs to be done right – integrative design approach, right steps in the right order, energy efficiency upgrades in sync with replacement cycles, and so on.

Now, let’s connect this energy efficiency opportunity with the fact that over two-thirds of the building stock that will exist in India in 2030  is yet to be built. So also for power generation capacity – what we have now is only about a third of what we will need in 2030. This is likely  the case for all sectors. Taking into consideration plant efficiencies along with transmission & distribution losses in India; it takes 4 units of primary energy input at the power plant to deliver 1 unit of electricity at the site. But, these compounding losses in the electricity supply chain become compounding gains if we can capture the energy efficiency opportunity at the end use. Every unit of electricity not needed at  site reduces the need for 4 units of primary energy input at the power plant. So, if it is technically possible using state-of-the-shelf technology to cost-effectively (with no added costs) reduce the electricity demand at site – thereby reducing the need for additional power generation capacity – by 50%; why wouldn’t we consider it as the first fuel?

Even if we were able to scale up and capture only a quarter of this energy efficiency potential nationwide, we’re still talking in terms of avoiding the need for approximately 100 typical thermal power plants, give or take a dozen! The economic, environmental and social benefits make a compelling case for energy efficiency as the first fuel, especially for an emerging economy.

Energy Efficiency Starts From Me

Getting CFOs to drive energy efficiency

Transforming our energy system to allow a new digital economy

Energy efficiency is in our DNA