Last December, I joined a conference in Lima, Peru. I was a speaker and a listener during COP-20 and I had the opportunity to hear and exchange experience with private organizations, NGOs and Governments from different countries.

Between one meeting and another, I hit the road to visit a village, 2 hours away from the capital, lit by candlelight. While we worry about charging our iPhones and get the most of applications that control and facilitate our lives, those families spend most of their income on candles in an attempt to have a better life than our ancestors, to get away of deepest darkness. 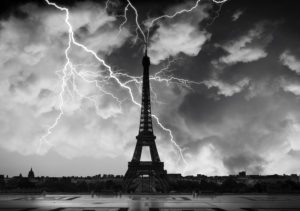 As I was flying back home, I got the feeling we are on the verge of a new rupture and its impact may be as deep as the Ice Age or the Industrial Revolution. In the City of Light, during COP-21, the energy dilemma must take a leading role once it is a crucial issue to address economic growth and mitigate the effects of climate change.

President Barack Obama, in his speech at the Summit of the Americas in Panama last April, said his country is engaged with others to produce cleaner and cheaper energy. But is this the only alternative?

At the same event, Colombian President Juan Manuel Santos reaffirmed the Brazilian intention to build a block that gives voice to Latin American countries. I have to ask: is the climate issue an exclusive problem of large emitters?

For those who are not aware how key this discussion is, let’s take São Paulo, the largest city in South America, as an example. The town, that has been suffering quite tangible consequences of climate change, had to learn to look at the sky and close the taps. The prosaic ” Do you think it’s going to rain?” became “Will it raining in the reservoirs?” 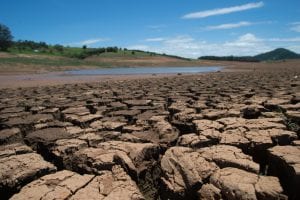 Brazil has had a significant energy increase costs partly caused by the activation of the fearsome and pollutant thermal plants, the country also needs to give a systematic look over its whole situation and include social and climate issues in its economic agenda. Indeed, this was another recommendation given in Panama, during Young Americas Forum.

I left Lima convinced that our continent can contribute a lot and gain a prominent role in this scenario. A study by ABESCO (Brazilian Association of Energy Conservation Companies) points out that  a 10% reduction of the current consumption may bring 46 GW in  energy efficiency as well as $4 billion USD  in potential savings. It is equivalent to the annual energy production of the Belo Monte power plant, the polemic dam built in forest region. At Schneider Electric, we are increasingly aware of these figures and our goal is to draw attention to it. Before discussing the production, let’s talk about making the most of our energy and, thereby, gaining more time to manage investments and, maybe, take advantage of new technologies that come out every year. After all, according to the International Energy Agency (IEA), 40% of emissions could be prevented with energy efficiency measures.

What is expected of Paris is an unprecedented convergence of the pillars of sustainability. It is expected that countries have distinct contributions considering biodiversity conservation and carbon storage as well as the immediate reduction of the current emissions level. From this angle, it also gives us hope of having an inclusive agenda from the perspective of gender balance. The theme, treated shyly in smaller rooms during ECO92, has been gaining strength as women stepped in the last two decades. According to a report released last April by the UN, women improved participation in the working force from 40% to 54% between 1990 and 2013 in Latin America. 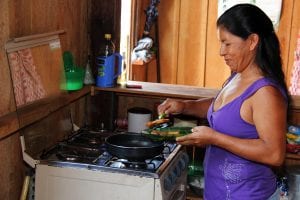 Still recalling ECO92, today is more accepted the fact that developing countries and the poorest countries of the world also have a decisive participation of women and the integration of their issues on the agenda of climate change is essential for the implementation of the agreement, from a community standpoint  till the top positions in large corporations and governments.

An example: In 2012, when we were preparing for the Rio + 20, we decided to present a sustainable energy project for Amazonian villagers. Due to the challenges imposed by distance, we had to train people to manage the installation of the power grid in the village. In a group of nineteen men, there was one woman. As a teacher and a mother of five, she was always engaged with her neighborhood challenges and, unlike the men around, she wanted to know more about technology and maintenance in order to share with her students how to conserve the solar power grid they received and make it last longer. Three years later, the technology is still working as a result of a community management system that we have not seen in more than thirty countries where we have projects of this nature. What I take from this experience is that women could have an even more significant contribution to the climate issue, if they were not still concerned with their survival, running away from domestic violence or fighting gender inequality in the workplace.

If we leave COP-21 with these answers, the only question remaining is: Will it rain in Paris from November 30th to December 11th ? Will the country be affected by climate change during the dry and cold winter? Or it will rain down hopes of a legitimate and legally binding agreement? That’s the rain our planet needs to re-bloom!

How much Longer until Everyone has Access to Energy?

COP20: The Challenge to Detach Economic Growth from Energy Consumption