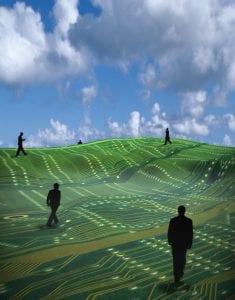 I spend quite a bit of time keeping up with the latest industry trends. IoT and IT/OT are hot topics in manufacturing publications these days. The terms remind me of “smart grid” a few years ago, when the definition seemed to change with the writer’s perspective. I have been thinking how IT/OT convergence might impact the solutions we provide at Schneider Electric, and an experience I had came to mind.

A few years ago, I was conducting a site walk at a manufacturing plant in hopes of selling a metering system. The plant electrician was escorting me to the various electrical rooms. He received a call and left me at the electrical switchgear. As luck would have it, the power dropped out momentarily.

I noticed that production workers started to come out into the hallway from the various production areas and I heard the telltale noise of servos re-homing, the power glitch had interrupted production. I began to feel a bit sheepish as people were staring at the stranger coming out of the electrical room!

The electrician came back and I was quick to tell him that I did not cause the outage! He told me that the utility feeder coming into the switchgear in that part of the building was an overhead line, and when the wind blew it wasn’t unusual for this to happen. He had been complaining to the local utility, but they hadn’t fixed the problem.

It wasn’t until much later, when I was involved with Production Energy Optimization (reporting on energy in the context of production), that I began to think of why only a metering system might not be the entire answer. I began to ask myself why the problem had not been fixed before. Was it just the lack of evidence or was it more about organizational responsibility?

The electrical distribution system is typically the responsibility of the facilities department. In my experience, they are chronically understaffed and are usually responding the latest emergency. This momentary loss of power had caused a longer loss of production. So the problem is really about production efficiency, although the responsibility to fix it lies in the facilities department. I wondered how long the problem would have occurred if the VP of manufacturing had access to information that related the lost production to a recurring electrical problem. I’m guessing that the issue would have been elevated to at least plant management level and been given the appropriate level of support within the organization.

So, how does IT/OT convergence help solve this problem? It holds the promise that when information is no longer in departmental silos, problems become visible and collaboration between stakeholders (in this case production and facilities) is likely to increase.