How many hogheads to a fathom?

A hogshead is a unit of volume representing the inside of a wooden cask.  It equals roughly 66 imperial gallons if used for wine, depending on which type of wine.  For tobacco it is 121 imperial gallons, with different values for sugar, sardines, etc…

A fathom is a marine unit of length based on the distance between a man’s hands outstretched to his sides, roughly 5 ½ feet.

Now, does the original question make sense? No, it is an apples and oranges comparison. There is no direct conversion between a length and a volume. This may be unclear based on their names, and therein lies the problem.  The US has become victim to a system, British Imperial units (BI), which results in errors and misunderstanding. BI includes measures such as the inch, foot, acre and ounce. 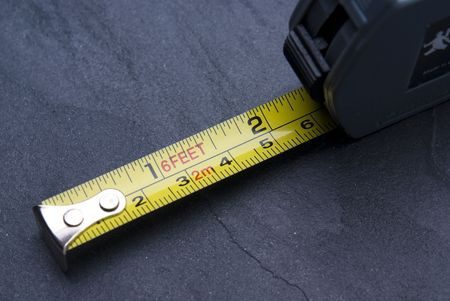 You may ask, ‘What is the problem with our units?’, or, ‘Didn’t we try the metric system in the past?’  The answer is there are many problems, and no, we never really committed to metric.

BI evolved from unrelated crafts and trade over thousands of years. As such, it is often inconsistent.

There are 20 ounces per pint, 2 pints per quart and 4 quarts per gallon.

The ‘foot’ used to be based on the size of some Greek man’s actual foot.

The International System of Units (SI), widely known as ‘metric’ has several advantages over BI.

Let’s start with the technical aspects, using length as an example.  The standard, and only base unit for length in S.I. is the meter (or metre), represented by the small letter m. The meter is similar in length to an imperial yard. An item like a pencil, is about 20/100ths of a meter long. Using the pre-fix ‘centi’ which means, 1/100th, we can say that the pencil is 20 centimeters long. If we want to represent something larger, like a boat, we might use 12 meters. The important point is, we are the using the same measure.  The term didn’t change as it would, transitioning from inches to feet. Also, the prefixes and suffixes used to multiply the base unit are all based on 10. Centi means 1/100th, milli means 1/1000th and kilo means 1000 of something. We would not use kilo-ounces to represent some large volume.  We’d likely use gallons, the same as 128 fluid ounces.  Yet another conversion to remember.

These 10 based prefixes and suffixes allows us to scale the 7 primary units in the SI system to accommodate any needs we have. With BI, you have multiple terms, conversion rates and specialities.  Add fractions to this and you have increased risk of error.

My father likes to say, ‘I think in inches and feet’.  Fair, so do I.  I was brought up in the US and will likely use them until I die. That doesn’t mean I should use them, especially professionally.  I would much rather a doctor inject me with vaccine drawn from a larger bottle and diluted when the calculation was done in SI. Examples of disaster caused by unit conversions can be seen here.

Everyday items for use outside the US are designed in SI. Manufacturers make special versions if they want to export to the US market, increasing cost to both producer and consumer. Scientific journals publish exclusively in SI, making scientific literacy harder to achieve for our students. We must teach two systems, stretching already strained education budgets. The cost to our GDP over the years must surely be billions of U.S. Dollars.

In data centers, is customary to refer to the capacity of precision air condition units in ‘tons of cooling’.  One ‘ton of cooling’ actually refers to the amount of power needed to freeze or melt 1 short ton (0.893 long ton; 0.907 t) of pure ice at 0 °C (32 °F) in 24 hours. It is a reference to actual blocks of cut ice used to cool air prior to the advent of mechanical cooling.

It is a measure of power used almost exclusively by HVAC technicians and engineers.

The problem is that they mean the same thing. There is a direct conversion between the two, so there is no need for the two measures (

In a sealed datacenter the amount of heat generated by the computers, and needing removal is equal to what needs to be removed by the cooling units.  That is, regardless of how many tons of cooling a unit is rated for, if 100 kW of heat are dissipated in the data center, 100 kW will need to be removed.  For a data center, every watt in needs to come out. There is no loss across communication cables, etc… all of it, 100%, is eventually dissipated as heat into the space.

See the beauty in this?  No conversion, no magic.

The mechanical engineer and the electrical engineer should talk in similar terms. Not only does BI complicate calculation, it promotes separation of specialists into silos with their own vernacular.

The construction industry is one of the last frontiers where structural waste is tolerated. Unit conversion and vernacular challenges only further this.

U.S. only conventions, products and influence are all hurt by our dogged adherence to BI. It is time for SI in the US.

Let me know your thoughts on the use of Imperial Units vs Metric.  Does it present challenges at your place of work?  I will be enjoying a pint, I mean 0.473176 of a liter, while I read your comments.