Xperience Efficiency 2013, the traveling Schneider Electric event that kicked off in early June in Washington, D.C., is attracting some significant players in the battle for energy efficiency. On the first day of the Washington event, Democratic Rep. Peter Welch of Vermont talked about the ongoing battle in Congress to create sensible energy legislation.

“The thing that disturbs me about Congress is it’s an institution that has a job under the Constitution, it has to make certain decisions,” Welch said. “As a member of Congress, I know that institution has to be your partner in allowing you to be successful in doing your work.” Implementing energy savings technology and policies for homes and businesses is one piece of that puzzle, but in a famously partisan Congress, it’s been difficult to make progress.

Yet energy efficiency is also one of the few areas that is ripe for generating bipartisan support, Welch noted. “Everybody likes to save money,” he said.

Congress has succeeded in garnering bipartisan support for some energy efficiency bills, most recently the Energy Savings and Industrial Competitiveness Act of 2013, sponsored by Sen. Jeanne Shaheen, D.-N.H., and Sen. Rob Portman, R-Ohio. The Senate Energy and Natural Resources Committee last month voted in favor of the bill and it is awaiting action by the full Senate. Now the concern is it may get mired down in amendments that will ultimately sink it. 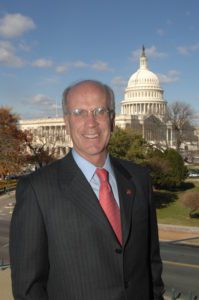 Should it pass the Senate, Welch says there is “some optimism” that it would also pass on the House side. He told a story of how he found common ground on the issue with an unlikely ally, a representative from an oil state. “We’re both cheap,” he said. “Less is more.”

“In Congress, if we can focus on energy efficiency, where the cheapest new energy you can come up with is the kilowatt you didn’t use, that’s where Republicans and Democrats can find common ground,” he said.

Keynote speakers at the next Xperience Efficiency 2013 event, in Dallas on June 18, 19 and 20, include former Sen. Kay Bailey Hutchison and former Dallas Cowboys quarterback Roger Staubach. Click here to learn more and to register.

Congress Is Broken and Energy Efficiency Proves It

Learn How Schneider Can Help You at Xperience Efficiency 2013 Dallas