Utilities are deeply involved in the fight against climate change. Regulations at both a global and country level impel companies to combat it by significantly cutting greenhouse gas emissions. Utilities’ outdoor infrastructure and operations are highly impacted by climate change (floods, storms, droughts, etc.) and are amongst the first to be hit by the effects of it, so they can’t delay taking action.

There are many steps utilities can take on the road to decarbonized power generation, such as providing energy more efficiently, maximizing the grid, better managing assets, and increasing their use of renewable energy. 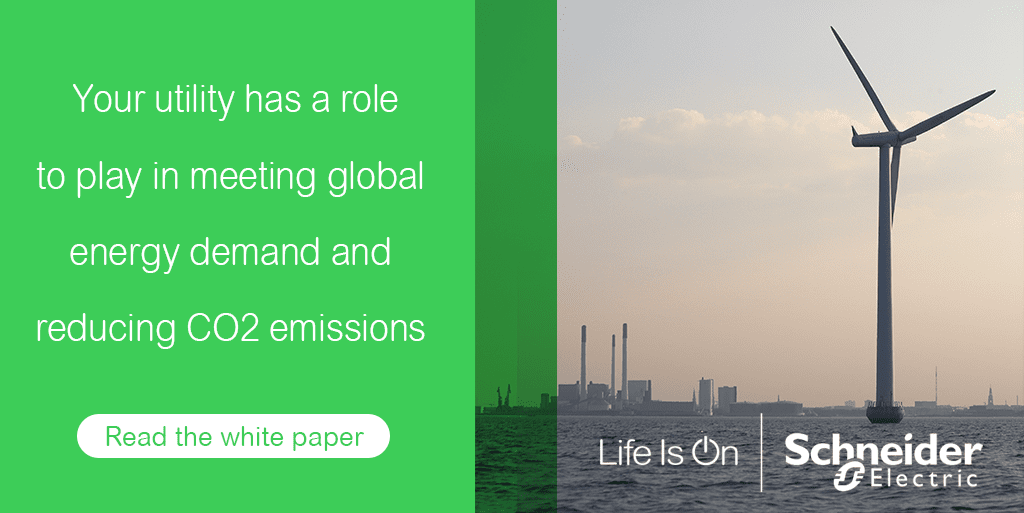 Changes on the utility side are not enough, though. Consumers also must play a bigger part. What is their role in decarbonization and how can utilities encourage them to make more energy efficient decisions?

People need energy and their consumption is going to continue to rise as the population grows. There has been a 90% increase in greenhouse gas emissions worldwide since 1970, and the population is expected to grow by over 2 billion people by 2050, which will only nudge the amount of energy used upward if consumers don’t make significant changes.

Energy efficiency advancements include physical improvements such as better building insulation and the replacement of inefficient appliances (e.g. LEDs, variable speed drives, etc.) that use energy and active energy efficiency of the Internet of Things to manage energy.

Smarter, more efficient energy use is also being driven by operational technologies and the Internet of Things (IoT), physical objects such as sensors and smart meters that are capable of sending and receiving data. Smart meters, for example, can give consumers real-time, detailed information about usage. This knowledge can empower them and encourage more efficient behavior by providing visibility into their energy consumption. This is a possibility for utilities to influence behavior by helping consumers identify areas where they can save money, such as reducing usage during peak times — also lessening stress on the grid.

Consumers are increasingly adopting technology that not only maximizes energy efficiency but also automates their behavior for ease of use. For instance, smart thermostats can be programmed for maximum efficiency so they’re not heating or cooling an empty house. This new level of automation makes it even easier to use energy responsibly.

The knowledge gained from IoT presents new ways for utilities to improve customer interactions such as taking advantage of existing communication and delivering better customer service. Utilities can influence behavior while engaging with customers. For example, they can include detailed information about a customer’s usage and how their consumption compares to other households along with strategies for using less energy, when they send the customer’s regular bill.

Utilities need to encourage people to embrace the paradigm shift caused by variable renewable penetration. There won’t be electricity production when there’s demand any longer. Instead, utilities will foster demand when there is available electricity production. This requires a lot of flexibility. Utilities must help consumers seamlessly accept and adopt this flexibility. Utilities must automate demand shifting to times of abundant renewable energy generation.

Utilities can’t afford to wait to act. The sales of KWh of electricity they will lose on one side will be won back with the development of new usages on the other side (e.g. heat pumps, EV, etc.). Despite the issues utilities face — they must re-examine everything from grid integration to their basic business model — they must take this opportunity to facilitate energy efficiency, support innovation, and increase renewable adoption.

Read our free white paper  about how smart utilities contribute to growth and decarbonization to learn more.

Utilities (and Matthew McConaughey) want us to save energy: How utilities drive smarter demand and smarter supply