A world of gender parity can only be achieved with the active participation of all genders. In a patriarchal setup such as ours, men are not encouraged enough to think about women’s rights. However, with an evolving society and progressive mindset, an increasing number of men are working towards advancing gender equality. But there’s still a long way to go, as this report suggests.
We compiled a list of things we can (and must) do to in our daily lives to contribute towards promoting gender equality in our homes, workplace and everywhere else.

1. Share the workload at home : Research says that women still do most of the domestic chores despite going out to w 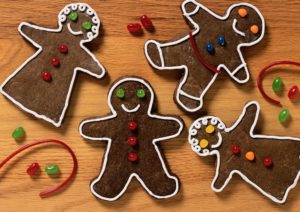 ork in increasing numbers. Though men have doubled their share of housework since the 1960s, there’s still a long way to go. Ensure both partners get involved in the housework and teach children to assist in the little ways they can. Sharing domestic responsibilities ensures the work burden doesn’t fall only on one person and instills the value of gender equality and essential life skills in children.

2. If you have children, be an equal parent : Be willing to take paternity leave and stay at home to care for your kids when they need you. Divide childcare responsibilities with your partner and also ensure that both of you get to spend an equal amount of “play” time with the children.

3. Encourage your kid to play with toys of his/her choice : While buying toys for the little ones, people generally ask for gender-specific toys, like toy guns or race cars for boys and princess dolls and vanity sets for girls. What messages are we sending to our children when we give them these gender-specified toys? So, next time you go to a toy store, let your kids buy toys of their choice rather than forcing them to pick one based on their gender.

4. Walk the talk about income inequality : You must have often heard that men get paid more than women over their lifetimes. Raise your voice against this injustice and support equal pay for equal work.
5. Find female mentors/leaders : Ensure that some of your role models or mentors are women. There’s a lot you can learn from women in positions of authority. If you want to volunteer for an organisation, go for a women’s organisation and do your bit to bring about a change to create a more equal world.
6. Encourage women to come forward and speak their mind : At the workplace, encourage your female colleagues to come forward and share their thoughts without any inhibitions. Most often they come up with exceptional ideas that blow everyone away.
7. Have an open-minded work atmosphere : Work towards creating a more inclusive work culture. Stand up to issues like harassment and gender bias at the workplace.

9. Promote and share the cause on Social Media : Utilize your social networking profiles to promote, share, post and acknowledge the cause of gender equality. Create or join a group on Facebook or Twitter and raise awareness of any event or petition on the cause. 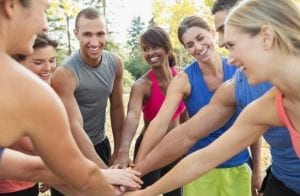 10. Stand up against harassment and eve teasing : Sexual harassment is a violation of women’s human right. So, whenever you see or become aware of such instances, whether in the workplace, streets, home or the online space, raise your voice against it.