It has been argued that having access to a sustainable energy source is an effective antidote for eradicating rural poverty.  Theory or reality? Until now, the issue of how isolated and impoverished people can gain access to sustainable energy sources when no traditional energy delivery infrastructure exists has not been given much thought. Yet the poorest areas of the planet are the richest in sustainable energy. Where it’s hot, solar energy abounds.  You just a need a simple financial and social model based on self interest that allows the community to cobble together 1 + 1.

Iluméxico, a youth-led project established in 2009, presents such a theory in action. The organization links the two concepts of access to sustainable solar energy and social development for poverty-stricken communities together in Mexico. In just over 3 years, Iluméxico has expanded its network through 11 Mexican states, directly impacting over 2,000 households in more than 100 communities representing approximately 13,000 people.

How did this happen?  The key lies not in only installing solar powered houses, but by complementing this with social development models that combine the impacts of energy on education, health, income generation and the environment. A key aspect is working through schools, by providing solar infrastructure and environmental awareness programs in schools, the seeds of education can begin to sprout. In a rural community context, the local school plays a very important social role. As well as being the place where children obtain education and knowledge, the school facility functions as a local gathering space for all community members. It has evolved as THE space where local development ideas are discussed and debated. It is where community members sign up to play their role in pushing and maintaining electrification. Computers are the tools of learning today and powering computers in schools enables the children of the indigenous populations to learn how to power their lives moving forward. Power is power at these levels of initial development.

Add to this a layer of simple financing and the cycle of progressive growth begins.  You have a magic recipe for an enlightened and illuminated social enterprise. 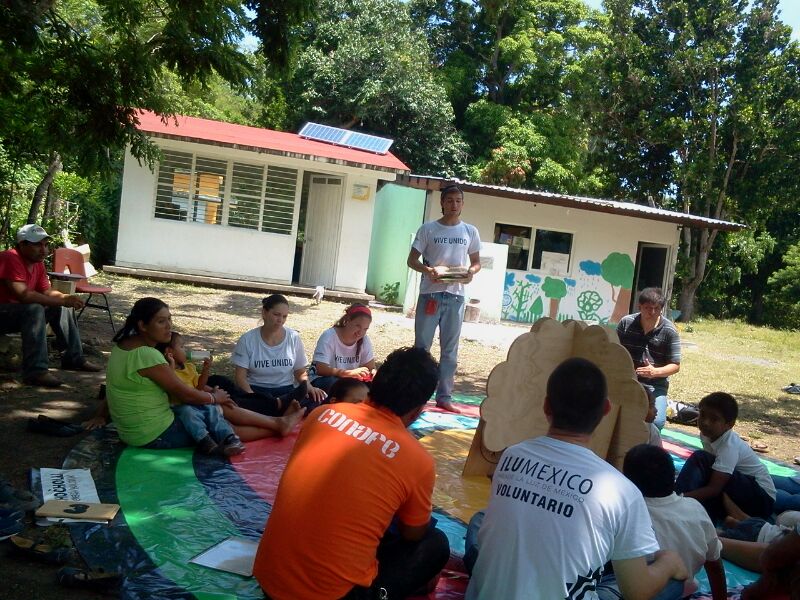 The community lighting programs begin by working directly with users or families that would purchase a solar lighting LED system through a microloan payment scheme. The availability of micro-loans and broad-based community participation are the key elements that promote adaptation of the solar home systems in the long term.

These new energy solutions represent a radical departure from the last century’s diesel and candle baseline. Trained brokers who are rural community members (often, young, bright entrepreneurs) deal with energy technology providers to provide solar energy generation equipment at very low upfront cost with very low maintenance. The provider gets paid for its equipment and these brokers collect a continuous stream of small sums on a monthly basis to assure that recipients take care of the equipment and make sure it is maintained.  The recipients invest only a small token amount upfront (enough that they feel “ownership” for the energy resource equipment) and pay a small percentage of their monthly income to the broker for the maintenance of power. The positive cycle of income-generating jobs for brokers, electrification of schools for higher quality education of the children, and electrification at home for the users is initiated. 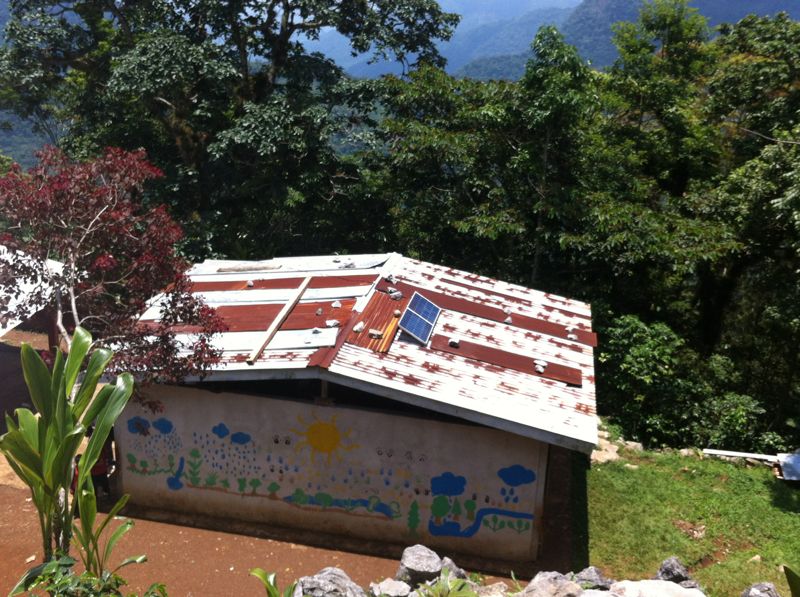 Schneider Electric has been supporting Iluméxico with the help from Fondo Unido (United Way) Mexico, through funds and a volunteers program for schools that then multiplies into providing community households with solar home systems. In the second quarter of 2013, Schneider Electric and Iluméxico provided energy and environmental awareness programs to 5 schools in Veracruz, Mexico.

In these scenarios, thinking long-term is the baseline.  When setting up an energy independent micro-system, evaluate the potential for direct community involvement and capacity building, and understand that the process does not end with the sale of electrification to the local school and a self subsidized solar home system.  That is where it begins…

María Huerta (26) has a degree in International Relations from the Universidad Iberoamericana in Mexico City. For the past 6 years she has worked in NGO´s that promote social development through infrastructure and access to basic services. In Iluméxico, she is responsible for designing and executing social development programs that use solar energy as a platform.