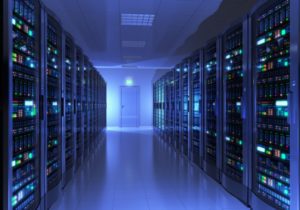 In a recent post I explained how there’s lots of variation in how devices with multiple power supplies operate, making it challenging to ensure they function in a truly redundant fashion with respect to power. I learned all this from a recent white paper, which also does an excellent job at explaining the other side of that equation: how to ensure the dual-path electric system is architected correctly.

According to the white paper, “Overload Protection in a Dual-Corded Data Center Environment,” by Neil Rasmussen, Senior VP of Innovation for Schneider Electric and founder of APC, the purpose of a dual-path electrical architecture “is to ensure continuity of IT operations during a failure of part of the power distribution system, by providing an alternative power path.”

Simple enough right? Actually, as it turns out, an awful lot can go wrong on the way to providing redundant power. My previous post focused on concerns on the IT equipment but this one will focus on the electrical architecture within the data center.

A dual-path power distribution system is supposed to provide power to dual-corded IT equipment via two separate paths, the idea being that if one path fails, the other can pick up the load. The extent to which the paths are separate varies, as they may join at some upstream point – maybe at a distribution panel, UPS system, or the utility main power supply. Most data centers that have only a single power feed to the building use a standby generator to provide redundancy, the white paper says.

But things can go awry unless a number of requirements are met. For one, the design has to ensure in both design and in practice that any failure in one path will not cause an overload at any point in the alternate path. That means each path has to be capable of handling the entire power load of all downstream equipment. It also means IT devices need to be installed such that they don’t exceed the load for which the power distribution system was designed.

As you can imagine, that second requirement may be a little tough to meet in practice. Data centers are by nature dynamic, with lots of moves, adds and changes going on all the time. It’s easy to see where changes could be made that inadvertently place too much load on a single electrical path – and it’s not something you’ll notice unless the other path fails.

The white paper describes two ways to ensure that doesn’t happen. One is to do a worst-case analysis on every add, move or change from a power perspective. That, of course, requires a lot of information, time and expertise. The other method is to implement monitoring of the distribution system to ensure no circuit has a load that is more than 50% of the design rating. That is a far more practical approach and the paper provides some detail on how to implement it. It also provides 7 “rules” to ensure your dual-path power distribution system provides the redundancy for which it is intended.

To learn about these rules and get more detail on how to architect an effective dual-path power system in your data center, check out white paper number 206, “Overload Protection in a Dual-Corded Data Center Environment.”

Is there a silent threat in your data center power distribution system?