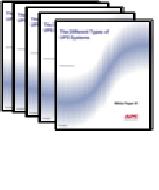 The hidden cost of cooling redundancy

Why PUE Values Can Be Misleading