When you’re in the business of providing fully equipped office space for companies large and small, complete with phone and Internet service, it behooves you to make sure those services are available when customers need and want them.

Ronnie Bulanek understands this well. He is VP of Technology for BusinessSuites, which provides offices in some 30 locations to small and medium-sized businesses as well as larger enterprises with names like Deloitte, Bloomberg and Microsoft. “Many are tier-1 customers that expect us to provide a bulletproof network for them,” he says.

BusinessSuites does that from two data centers, one in Houston and the other in Reston, Va. He uses APC by Schneider Electric UPSs in each. “We have commercial power on one side of the feed and we use the APCs as a buffer for power conditioning between commercial power and backup power,” he says. “To date, we’ve had no problem.” 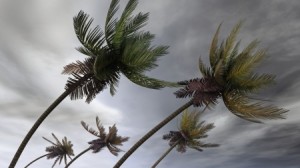 That’s saying a lot, given the multiple hurricanes he’s seen in Houston over the last 5 to 10 years, including Hurricane Ike in 2008. “A couple million people were out of power. We were able to work through it with a combination of generators and backup power systems without losing any servers during the transition from battery power to generator power and then back on to the commercial grid,” Bulanek says. “It was a great testament to the power conditioning aspects of the APC, which is the bang for the buck that I’m looking for.”

In addition to APC by Schneider Electric UPS systems, BusinessSuites uses the company’s power distribution units (PDUs) as well. Bulanek likes the visibility and control that he gets, right down to the individual server outlet level. “Between that and new features of our servers, with out-of-band management, we make very few trips to the data centers,” he says.

Of course he’s also got those 30 office locations to deal with. “On a local scale, our main concern is protecting the network infrastructure and the servers,” Bulanek says. “We use the SmartUPS product to protect us from the commercial power ups and downs and brownouts, and they work well.”

Here again, he likes the fact that the devices have remote management capabilities. “We don’t have to go anywhere,” he says.

Check out the video above to see my complete interview with Bulanek, taken when he stopped by the Schneider Electric booth at the Interop 2014 event in April.