A study by the Electric Power Research Institute found that businesses lose between $104 billion and $164 billion per year due to power interruptions, and another $15 billion to $24 billion in from other power quality problems. It’s not hard to see how the numbers add up. Just consider what an outage of a day or two would cost your company. For some, an outage of even an hour can take a significant toll. 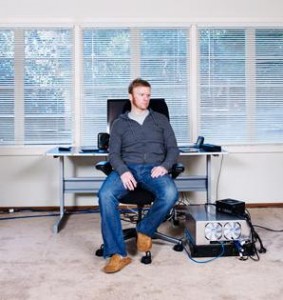 Still, many companies don’t completely understand all the various types of power disturbances that can threaten their server rooms. While protecting against major events like hurricanes and floods is certainly important, there are many, far more subtle ways in which you can experience power disturbances. In this piece, I’ll touch on six of them.

Potentially the most damaging of all disturbances, transients fall into two subcategories: impulsive and oscillatory. Impulsive transients are the most common type of power surge or spike, involving a sudden event that raises or lowers voltage and/or current levels, often lasting less than 50 nanoseconds. Caused by lightning, poor grounding, the switching of inductive loads, utility fault clearing and other issues, impulsive transients often result in corrupt data and physical damage to equipment.

Oscillatory transients cause the power signal to alternately swell and shrink very quickly, often when a load, such as a motor or capacitor, is suddenly turned off. A common issue associated with capacitor switching is the tripping of adjustable speed drives (ASDs).

An interruption is the complete loss of supply voltage or load current, lasting from .5 to 30 cycles (instantaneous), 30 cycles to 2 seconds (momentary), 2 seconds to 2 minutes (temporary) or over 2 minutes (sustained). One common example of an interruption is when all electronic devices and lights go out in a house for a short period of time. While inconvenient in a home, a similar power loss in a business setting can be costly, as data can become corrupt or be lost entirely during the interruption.

Usually caused by system faults or the switching on of loads with heavy startup currents, a sag is a reduction of AC voltage at a given frequency lasting for .5 cycles to a minute. Think of the drop in water pressure when multiple faucets in a single home are turned on. Sags can cause significant equipment damage over time.

Often referred to as a “brownout” (albeit incorrectly so), undervoltages are the results of long-term power consistency problems that create sags in the short term. Undervoltages can lead to the failure of non-linear loads such as computer power supplies.

The opposite of a sag is a swell, caused by an increase in AC voltage lasting .5 cycles to one minute. Common sources include high-impedance neutral connections, sudden reductions in large loads or single-phase faults on a three-phase system. Like sags, the damaging effects of swells – degradation of electrical contacts and semiconductor damage – usually go unnoticed for extended periods of time. However, immediate, more noticeable results are the flickering of lights and data errors.

Similar to undervoltages, overvoltages are the result of long term problems that create temporary power swells. Overvoltage conditions can create high current draw and cause equipment to overheat and become stressed.

A waveform distortion is any power quality variation affecting the wave shape of the voltage or current. There are five primary types of waveform distortion: direct current offset, harmonic distortion, interharmonics, notching and noise. To varying degrees, they can all cause damage or disruption to IT equipment.

A voltage fluctuation is a series of small, random changes in voltage caused by any load exhibiting significant current variations. A common symptom is the flickering of incandescent lamps.

Understanding the Victims of Power-Quality Disturbances