Complexity has always been an issue in running IT infrastructure, and it doesn’t seem to be getting any better. If anything, judging from new downtime statistics, the introduction of new technologies could be adding to the problem. Thankfully, remote monitoring tools such as next-generation DCIM (data center infrastructure management) have become easier to use and, as such, provide a solution to the complexity problem.

More than half of IT mission-critical workloads are still running in enterprise data centers, but environments increasingly consist of hybrids with components distributed across multiple corporate locations, public and private clouds, data centers, and edge sites. In many cases visibility is poor, making it impossible to track all components from a central location. It doesn’t take a genius to figure out what happens then — a veritable management nightmare that has administrators clamoring for tools to help rein everything in. 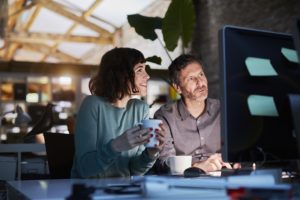 A new study by the Uptime Institute shows some types of outages increased from 2018 to 2019. There was no change in on-premise data center power failures (cited by 33% of respondents both years). Other types of outages, such as those not caused by power failures or which were caused by a colocation or SaaS (software as a service) failure, also remained the same or decreased slightly. However, network failures had a slight uptick, from 30% to 31%, and outages from “unknown” causes jumped from 5% to 15%.

The report shows that outages affecting multiple data centers are becoming more common. In addition, more than 10% of respondents say outages have caused direct and indirect costs of more than $1 million.

The downtime figures are troubling enough, but do you know what’s even more frustrating? It is that 60% of respondents believe they could have prevented their most recent significant data center outage with the right management tools.

And that comes down to monitoring. Lack of visibility into hybrid environments is a serious problem for many network administrators. This may help explain why 52% of organizations still aren’t using the cloud for mission-critical workloads — nor do they have any plans to do so. If they can’t see their assets in the cloud, it becomes much harder to manage particularly with distributed IT assets.

Next-generation DCIM to the Rescue

The silver lining in this whole downtime situation is that while environments may be getting more complex, monitoring tools have gotten easier to use. Next-generation DCIM tools provide comprehensive infrastructure monitoring, automate a lot of management tasks, and issue alerts when something needs attention.

Companies that lack the internal skills or on-site staff to manage their environments can leverage these tools to get visibility across their infrastructure and, as a result, avoid the kinds of outages caused by the increasing complexity of distributed IT environments. Discover how to prevent downtime in your business by exploring next-generation DCIM capabilities.

Traditional DCIM vs. Next-generation DCIM: What is the Difference?

Next Generation Colocation: T5 Opens Up To Customers with StruxureWare DCIM