I’ve been attending some conferences recently where the benefits of virtualization have been extolled.  Server consolidation ratios of 10:1, 20:1, or even higher are occurring on a regular basis.  Certainly this is not a new topic and these benefits have gradually become well known throughout the data center industry with regards to IT infrastructure (servers, network, and storage).  In addition, it’s virtualization that is one of the engines behind cloud computing.  However, in all these discussions, there has been little talk about the effects this has on data center physical infrastructure (DCPI, not to be confused with DCIM), i.e., the power and cooling.

The 4 main things to keep in mind about virtualization with regard to the effects on DCPI are:

With everyone’s eyes on what virtualization and cloud computing can do for their IT, it’s easy to overlook the effects on DCPI.  Overlooking these effects can compromise availability and lead to lost dollars.

Next week I am going to give some suggestions on how these effects can be avoided or at least lessened.  If you are interested in learning more about these and other similar issues take a look at one of Schneider Electric’s newest white papers, white paper 118. 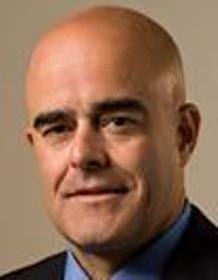 Domenic Alcaro is Vice President of Enterprise Sales for Schneider Electric’s Data Center Solutions team. Prior to his current role, Domenic held technical, sales, and management roles during his more than 14 years at APC including Customer Service Team, Inside Sales Manager, District Manager, EAM, Business Development, Director of the Availability Science Center, Enterprise Regional Manager. In his most recent role as Director of the NYC and Philadelphia Metro Region, he was responsible for helping large corporations improve their enterprise IT infrastructure availability. Domenic is a frequent speaker at various industry conferences on topics such as business continuity, physical infrastructure of information technology, and data center design. Domenic holds a Bachelor of Science degree with honors in electrical engineering from the University of Rochester and is a member of the Tau Beta Pi Engineering Honor Society.

Virtualization and its effects on Data Center Physical Infrastructure Part 2

4 Effects that Server Virtualization Can Have on Data Center Infrastructure