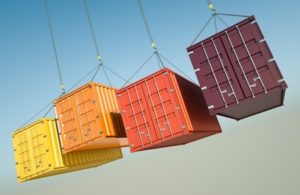 To be sure, data center modules delivered in ISO containers (large metal boxes that are designed for tractor trailer trucks or ocean transport ships), greatly simplify transportation logistics. They also make a ton of sense for metals and mining, oil and gas, and military customers who were the first to adopt the ISO form factor because of the ability to put them readily into harsh environments. Digging for oil in some remote location? Drop in an ISO data center module and you’ve got all the IT resources you need.

For example, we just completed a project in Angola for one of the largest oil and gas companies in the world. It’s a Tier 4 design with eight modules, six of which are ISO modules integrated together. Inside, it has the look and feel of any other high performance data center but it can withstand temperatures of 2000 degrees F for 2 hours!

While that is intended for a harsh environment, prefabricated data center systems have matured and evolved and now apply in all sorts of applications. Prefabricated modules take various forms beyond ISO containers, including skids and purpose built modules of different sizes. The skids and purpose built modules can support all data center functions, including cooling, power, IT or some combination. With the wide array of available options, a modular, prefabricated architecture can apply to most any data center.

The prefabricated skid form is certainly taking off in the market of “Internet Giants,” or cloud service providers building hyperscale data centers. We are working with multiple Internet Giants onreal projects as they leverage the benefits of prefabrication. They are going through transformations of their data center architecture needed to support increased data volume with fast deployment and scale requirements. The prefabricated skid modules are built and tested in our factories as the sites are prepared. They are then shipped to the site and quickly put in place.

The purpose built, non-ISO module is taking off as well, but maybe not in the applications that would immediately come to mind. Think hospitals, churches, and education for example. The modules can be used to expand existing data centers, often enabling customers to get more mileage out of their existing data center footprint. And they’re an effective way to decommission portions of an older data center. Bring in prefabricated components to replace aging ones, then decommission the aging portions on your own schedule. Some recent installations include a world famous church in Barcelona Spain and a hospital in Toronto Canada.

Whether these prefabricated data centers are assembled in an ISO container, mounted on a skid or assembled in a purpose built module all depends on the application. ISO has its place but it’s clear that the trend and the volume will be in the purpose built and skid mounted configurations. How long until people quit associating modular or prefabricated data centers with ISO containers? Time will tell but we are working on it.

Why Prefabricated, Modular Solutions Are a Perfect Fit for Edge Data Centers