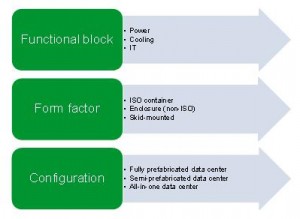 Who can Benefit from Prefabricated Modular Data Centers