Something of a battle is raging around the best way to cool data centers, especially when discussing the pros and cons of using refrigerants vs. water in indirect economizer systems for data centers. And it appears the tide is turning in favor of water. 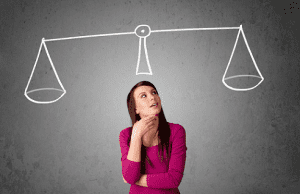 It’s a timely topic, as the world is looking to reduce its CO2 emissions in general, with data centers in some countries forced to adhere to increasingly strict requirements. Indirect economization cooling systems that rely on refrigerants, of course, give off potentially large amounts of CO2, whereas those based on water are far more environmentally friendly.

Let’s look at the reasons newer water-based indirect economization cooling systems can deliver all these benefits.

For starters, there’s no refrigerant in the system, which by itself delivers several benefits. Cost is one. As more countries implement regulatory requirements for refrigerants their cost is skyrocketing, for example R-134a in Europe has risen from 5€/kg in 2016 to 33 €/kg in 2017 (or about $6 to $39/kg). Refrigerant-based systems also require a specialized pump, which raises CapEx costs. On the other hand, water-based systems require far less maintenance, because there’s no refrigerant to replace or expensive pumps to maintain, which reduces costs.

Water-based systems are more efficient in part because they use brushless variable speed compressors, which adjust to match changes in the room thermal load. That, along with some innovative use of fixed-speed and brushless compressors in tandem, provides greater efficiency at both full and partial loads, resulting in lower OpEx. 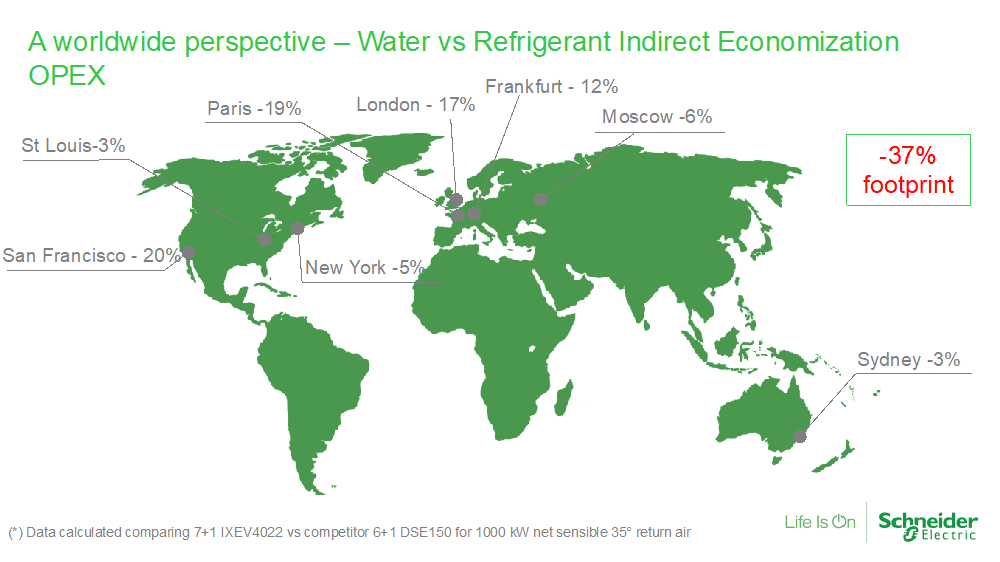 What’s more, the latest systems pack all this into a far smaller space than previous generations, saving real estate in both the data center and on the building rooftop. In a comparison of the latest Schneider Electric water-based indirect economization system to a comparable refrigerant-based solution, both sized for 1MW of cooling capacity, the water-based unit averaged a 37% smaller footprint. That means far more room for IT gear in the same data center space, or more cooling capacity in the same space – or some of each. It’s a big savings either way.

Even in a warm climate like Australia, the water-based solution delivers a lower partial PUE (pPUE) than the refrigerant-based model. (pPUE measures only the electricity used to power the cooling system.) For a 1MW data center located in Brisbane, Australia, the water-based system delivered a pPUE of 1.14 vs. 1.19 for the refrigerant-based model. For a similar data center in Toowoomba, the pPUE figures were 1.12 and 1.17, respectively; again, water wins.

So, let’s recap. Countries around the world are pushing for lower CO2 emissions. Data centers can help by eliminating the use of refrigerants in their indirect economization cooling systems. At the same time, they can save on both CapEx and OpEx, while reducing their pPUE. There’s a lot to like.

Discover how the latest Schneider Electric indirect economization cooling systems can deliver benefits like these to your data center. Visit our solutions site to learn more.

Change Is on the Horizon in Data Center Cooling Refrigerants